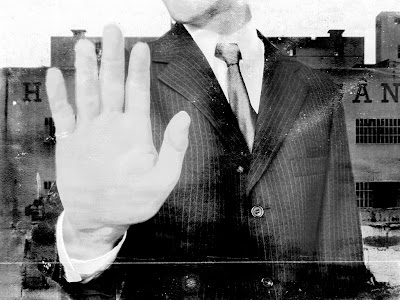 Tonight's blog is a continuation of a series -

Can politics be a legitimate way to change the ENTIRE world system?

There is no shortage of revolutionary and visionary ideas that could radically change the way we relate to ourselves and each other as well as the way we co-exist with nature and the ecosystem. There are many groups with powerful and world changing insights and technological innovations that can completely revolutionize the way our current world functions.

And yet not a single one of these groups has been able to actually implement their visionary idea despite having a very active and intelligent following. The popularity of these groups is massive and constantly expanding and there are worldwide chapters that are very active in engaging in conversations, debates, and discussions about the various solutions that our world desperately needs. But even with a very wide network of supporters and activists across the globe, these groups have thus far NOT made significant change within the world system beyond introducing new ideas and information.

One of the main reasons for why there are so many groups in the world today who profess to have "the solution" and genuinely do have great insight and creative innovations of ideas and technologies that can change the way the world currently operates, and yet nothing actually ever changes - is that any change that requires a change in the world system must be done from WITHIN the world system itself backed by the agreement and political support of the majority of this world.

Many of the groups that have come forward in order to change the world have come from seeing that the current system is NOT working, and have taken it upon themselves to research ways and means of solving the myriad issues that humanity currently faces. And while the general mechanisms for how things got this way and what can be done about it are well studied and discussed by such groups, the starting point has been to either destroy or completely stand against the current world system, the monetary system, and the various institutions of control and influence - because these institutions are seen as being part of the "problem" without seeing them as parts within a machine that can and must be changed and re-aligned if we want the current machinery of the world to give us a different result.

This is the trap that far too many potential REAL Politicians of the world fall into - the trap of accepting the notion that the current world system is inherently corrupt and largely to blame for the conditions we are now facing, and that it is too entrenched to be able to change or fight conventionally - and so the only "alternative" left is to seek a means to correct the world WITHOUT engaging in the world systems of politics, government, and finance.

Here, having made the political statement that they will NOT utilize the political system and work within the current institutions of the world to achieve the changes that the world needs because the world system is "the problem", and that governments cannot be trusted and therefore they will not engage with it, or that money itself is corrupted and therefore they will not work with the money system - such groups by virtue of this stance being "against the system" automatically exclude themselves from being able to change anything in any real or lasting way - because they will find that it is much more difficult to secure funding, much more difficult to access positions of influence, much more difficult to implement their goals without having to greatly compromise their principles - because they will now have to fight and contend with a globally established system while having to at the same time compete with many others for resources and funding - and while all of this is happening the world system simply allows such groups to implode or dissipate or end up fighting and debating with other groups while starving them of political or financial support.

So, how can politics be used in such a way that actually changes the world system and will actually allow for the implementation of the many revolutionary and visionary innovations that have been kept out of the hands of the people by those who serve self-interest and profit above doing what is best for all?

We must see and realize that when we accept the idea that the world system is just "too big" and cannot be changed through "politics" because politics and the money system are completely corrupt, we actually make that our REALITY through this very acceptance, which in itself is a political message that influences countless others in the world who are looking for real change and searching for the REAL Politicians of the world to be examples of standing up within the very system that must be changed and redefining it's very nature and function to serve humanity instead of enslave it.

It must be understood that we the majority are the greatest and most powerful oppressors to change, and that our slavery and servitude to the system can only be done through our acceptance. Therefore unless we realize that we are responsible for the world system and the governments and financial systems upon which the world currently functions, it will always remain a mystery to us as to why the world isn't getting any better, and why we see no REAL leadership in the world that is addressing the heart of the issue.

In the blogs to follow we will have a look at what happens when people choose self-interest over what is best for all, and how each one that accepts the idea that we cannot change the world system through politics and democracy actually makes it harder not only for themselves, but for EVERYONE in this world to be able to actually change the way our world functions.

We will discuss in the posts to come how, despite our best efforts to the contrary - and despite our reluctance to accept this fact - we are at all times influencing this world by our words, our thoughts, and our deeds - and that each moment we allow ourselves to give up on self-responsibility and accept the current conditions of the world - is a moment in which we instruct the world system and everyone around us that "I, a co-creator and fellow politician of this world, accept through my silence the current state of affairs and I abdicate my power and will to the status quo to do with as it sees fit in my name", and how that very statement can make all the difference in whether we will truly change this world or remain slaves to each other's lack of responsibility.