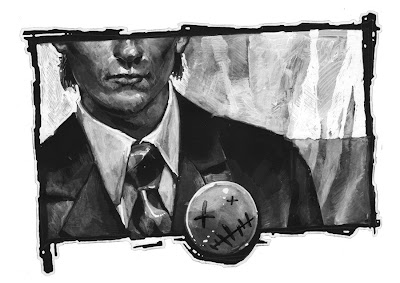 What is politics? What does it mean to be a politician within the current system?

Why has politics and the profession of being a politician become so negative in the minds of the average person, to such a degree where the mere mention of "politics" is enough for most people to shut down or tune out?

Many can relate to the idea or image of greedy, self-interested, power hungry politicians taking bribe money from private interests and lobbyists, and engaging in political backstabbing and making empty promises.

Many can perhaps also relate to the image of stuffy intellectual types trained in the profession of law or justice administration who go to prestigious schools and come from political families with special ties to government, the military, or to finance - which gives them an air of superiority and almost a sense of inherited "right" to rule.

In the current system, we elect leaders to speak for us and represent us and ensure that we are considered and looked after in the eyes of the government, through our representatives which are the various politicians that work within the governmental system - and we trust that they will enter that system with the integrity and discipline that we believe they have, so that they will do "what is right for the people" and will not fall prey to the corruption we so often hear about within the ranks of our government and positions of power and influence.

What is not considered is the considerable amount of pressure and political consequences that must be faced by politicians if they truly want to do what is "right for the people" - because in order to participate and have a point of influence within the governmental system or the various institutions of control in our world, the politician must compromise his integrity and compromise any promises to the people that he or she represents - in order to have enough political favor to shift policies and money away from other factions and politicians who are trying to do the very same thing, while having to rely on support from partners and allies in the system that may have conflicting agendas, but will provide political or financial support to the politician.

We do not consider how and why it is that our governmental and political systems have become so difficult to navigate and manage. We do not consider how and why our political leaders fail to deliver on campaign promises over and over. We do not consider the consequences and the problems that the politicians must face while working within the system and finding that the system is very poorly understood by the electing public, and that the demands of the majority simply CANNOT be met without difficult and consequential changes in the entire system unless the politician compromises their morality and principles and becomes politically savvy enough to win respect, influence, and power - which comes at the expense of "public good" in favor of "supporting the governmental/world system".

In the current system, to be an effective politician one must engage in relationships and commitments and do favors for all manner of people, groups, special interests, and financially powerful lobbying groups. Failure to deliver or honor these agreements becomes a potentially dangerous move for the politician's career and sometimes has even cost the very life of the politician who "strayed too far".

It is not considered, how politics and the responsibility of looking after the well being of the majority can become nearly impossible when the majority detaches itself from political awareness and responsibility and increasingly grows apathetic and critical against the government and the political process - because this leaves the politicians with even LESS support and less incentive for accountability and principle while having to negotiate and function within an already corrupted power structure.

It is possible for the profession of being a politician to become something that reminds us of dignity and integrity? It is possible to fundamentally change the way our governmental systems operate and truly weed out the corruption and political fraud that has become rampant in the very institution upon which we depend for social justice?

Can the people become the rightful and REAL Politicians of this world - who will perform the service of civic duty without compromising their integrity?

The answer is YES - and in the blogs to follow I will show and introduce how it is that we have lost "hope" in the political process and how it is that such corruption and apathy has poisoned the political profession, and what can be done to not only correct our governmental and political system, but create one that thrives and is a proper reflection of humanity, dignity, and effective administration.

Stay tuned - and while you're at it check out the Journey to Life that is now being walked by the Real Politicians of the world and see that we are NOT alone in this process of sorting out what we have created - by first understanding ourselves and from there understanding our world and our various systems - so that we can walk without fear into the heart of the world system and CHANGE it for real.

If you are still on the fence about your political responsibility to change this world for the better or still believe you can't do it because you're not "good enough" - I highly suggest that you make the first and most important decision of your political life - the decision to understand who you are in a way never thought possible, and from that decision CHANGE yourself and become what you thought you couldn't.