Day 23 - The Politics of a Burning Building: Mass Desperation 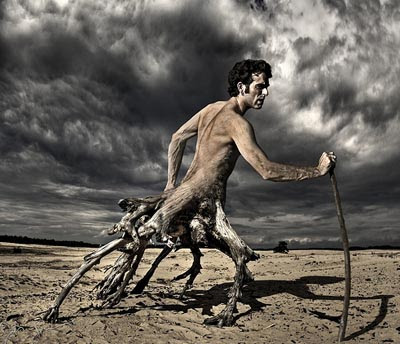 Day 23 - The Politics of a Burning Building: Mass Desperation

Tonight we will have a look at the next group of people in our burning building, which are here referred to as the "unfortunate". Here is a recap -

"The Unfortunate - When the fire broke out and the other means of escape became impossible except through the single door through "Survival", many were in positions far away from that exit, and will have the most difficult time making it through, and will likely not make it at all unless all cooperate and move together smoothly, or unless they become more ruthless than the Survivors." - Day 19 - The Politics of a Burning Building: Introduction


When there is only one way out of a life for death situation, those who are furthest away from having access to that way out are the most desperate and unfortunate - because their chances of survival, let alone any promise of a dignified and enjoyable life, are greatly affected by the behaviors and the decisions of those nearer the exit - and often through no fault of their own, even though they as much as anyone else would like to walk through that exit of "Survival", the desperate and unfortunate are kept from the very thing that all people in the burning building want equally.

Imagine for the moment that you yourself are at the very back end of the room, and the exit through the door of "Survival" is on the far opposite side. Between you and "Survival" are a thousand other people. As time goes on, the chances of your reaching "Survival" narrow as the smoke gets thicker and the fires spread.

For you, one of the "unfortunate" - everything truly seems beyond your control and your fate very much rests upon the ability of those in front of you to come to a solution and work together to ensure that all are able to vacate and reach "Survival". Even if you are willing to wait until everyone in front of you is able to make it through, all that it takes is for conflict to break out from the front or the middle as people lose consideration for what is best for everyone and instead begin to see each other as obstacles in the way of their own survival.

When there is cooperation and a steady group movement, it is likely that even though it will be difficult and you will need great patience and willingness to not charge ahead and disrupt the flow of movement, you will eventually make it as the crowd is able to disperse with minimal strain.

But where there is conflict - where people begin to lose sight of what is best for all and instead decide that they will see to only their own survival at the expense of everyone else, because it is a "free for all" and anyone who really wants their survival enough should be willing to fight for it... or die trying.

This means that for the "Unfortunate"  - when there is conflict and competition to reach and get through "Survival", the struggle becomes much harder because not only must you break through those at the front where "Survival" is more cut-throat as people may force each other out of the way at the last moment, but you must fight your way into the MIDDLE - where the fighting is most competitive

For those already reading between the lines and seeing the bigger picture that our story of the burning building symbolizes, it should be clear now that the world system that we are currently participating in currently has a large population of "unfortunate" people - those who through no fault of their own find themselves born into an economic reality that is beyond their immediate control - this population is composed of more than 3 billion human beings (nearly half of the human total population) who must fight for their way to survival with less than $3 a day.

It is not so far a stretch of the imagination to reconsider the story of the burning building and how it is only a matter of time before the building collapses from the damage caused by the fires, and to realize that the same imminence of collapse exists in our current world economic and political system - and those who will suffer most and suffer FIRST are those who are the unfortunate who are so far away from having effective access to survival that it can be said that they are worlds away from it - so far that they can be said to exist in a "Third World Country".

For these people to survive - let alone live with any real dignity or honor, they must fight harder for what little access they have - and must fight their way into an already contested and highly competitive "lower class" where there is very little opportunity and often the only viable options are illegal and/or dangerous.

Most have not considered that the longer the other half of the population continues to struggle and compete with each other for survival, or continue believing that competition is somehow the only way to get to "Survival" even though it is what all of us want, and the longer conflicts are allowed to take place in the name of getting to "Survival" at "any cost" - the harder it will be for half of the population to continue surviving and continuing to pay the real price of survival.

What is also not being considered is that eventually those who have suffered the greatest will reach a point of fatigue that will cause them to simply "give up" as they see and realize there is no "hope" for them when so much of the population is busy fighting each other for their own exit to "Survival", or it may drive them to a level of desperation where they really have "nothing to lose" and will do whatever it takes to fight their way into and through the crowds - infiltrating by any means necessary into the lower, middle, and upper classes - not because these unfortunate people are inherently violent or untrustworthy - but because their fight for survival is more real and for them the stakes are much higher.

Here we see that when we understand the position of people in the world facing the various economic, social, and political problems that plague us, and really consider what we are all facing and the various aspects and dimensions of our particular placements, we more and more realize that ultimately everyone is after the same thing and reaching for the same goal. For everyone we have taken a look at thus far - from the masses of people, to the survivors, to the keepers of the peace, and now to the unfortunate - the common goal is "Survival", and in every dimension thus far the best and most effective choice is to consider each other and cooperate. We see also that when we instead choose competition and self-preservation at the expense of others, we not only create disharmony for the entire group, but we more and more lead others to react and justify doing the same thing, which puts us at a disadvantage as well.

So having seen this and being able to understand that cooperation is our key - why then are we NOT doing it? There is one last group within the population that are the most influential of all due to their ease of access to "Survival" - and where it has been a simple matter of getting most people to see and consider that all are after the same goal and that all have much better odds of reaching the goal when acting cooperatively - this group will be the most difficult to convince - because they in fact benefit the MOST from conflict and suffering and have the most to lose if things ever became cooperative within the population. This group is the Fortunate Deciders - and in the blog to follow we will have a look at how and why such a group benefits from the opposite of what is best for all, and how eventually even this group will have to reconsider and do what is best for ALL instead of what is only best for themselves.

Continue to the next segment "The Fortunate Deciders"
Posted by Unknown at 2:49 AM