Day 22 - The Politics of a Burning Building: Crisis of Trust 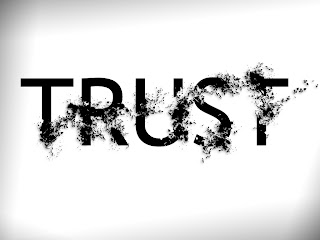 Day 22 - The Politics of a Burning Building: Crisis of Trust

Thus far we took a look at some concepts having to do with the crowd during an emergency or crisis event and we had a look at how there may be an expected tendency to believe that a large crowd will 'instinctively' act irrationally and will behave in ways that are not considerate of what is best for all when their lives are threatened. We will visit this point again but for now we will first have a look at the "Keepers of the Peace" in the world system who have the responsibility of ensuring that there is order amidst the chaos, and how things can be different in a way where people are given clear instructions and practical understanding instead of being treated like herd animals who must be whipped into compliance.

Here is a recap of this dimension of the "Keepers of the Peace" :


So here we are looking at, in terms of our story of the burning building - those who take it upon themselves to ensure that people do not behave irrationally because they understand that when there is a crisis or emergency situation, there must be some kind of structure or order that all can understand and follow, so that time and effort and in some cases resources that are needed for survival of the group are not wasted in fighting amongst each other or becoming distracted and disorganized, which makes it  much more difficult for the group to reach it's common goal, which in this case is reaching the exit door of "Survival".

But what about those "troublemakers" who just don't seem to get the picture, and just do not want to cooperate, and generally make a mess of things for those who want to cooperate and work together? When it is clear that cooperation is necessary if the group is to get to "Survival", how do the Keepers of the Peace get through to those who just refuse to cooperate?

Here it is important to realize that unless we are able to see and understand the reasoning of others and become aware of how it is that they reached their decision instead of condemning them and treating them as enemies or "threats" to the common goal of "Survival"- attempts to enforce upon or change this behavior will only be seen as authoritarian and imposing without real consideration. This kind of "Do as I say" method cuts off communication and in fact compromises TRUST.

In the example of our burning building - the most important thing that a "Keeper of the Peace" must do is to remain calm and stable - to not give in to irrational decision making or to act solely in response to any "bad behavior" by trying to overpower it by force or authority.

The manner in which a crowd is addressed during an emergency influences how they will respond throughout the situation. When they are shouted at and told "DON'T PANIC! Do not fight each other. Do not endanger each other. DO NOT RUN FOR THE EXIT" - this may get some people to stop running, but at the same time gives NO practical reason or solution and addresses the crowd as though already assuming it is being irrational and untrustworthy.

If instead people are addressed in a direct, but not emotionally charged manner and given the message "Proceed cooperatively toward the exit so that crowding does not impede evacuation", the likelihood of practical group movement and cooperation will be noticeably higher.

The reason for why this is the case has to do with the assumptions that one makes about others WITHOUT first taking them into practical consideration, or building effective communication and trust. If it was already assumed that there WILL BE trouble makers who will NOT "listen to authority", this assumption will only heighten and trigger that very response, and instead of focusing on communicating clearly and taking the time to establish trust, the focus is instead placed on how to be MORE authoritative and MORE forceful, which in turn further erodes communication and trust and increases the likelihood of "rebellions" incited by those who react to the "raised stakes" and increased militancy of the authority.

Here we are beginning to see another vitally important concept that the REAL Politician must consider - Whenever there is an established authority or position of influence or control that is responsible for ensuring the safety and well being of a population - the KEY to ensuring that there is an effective system in place requires that the REAL Leaders first understand and consider the position of the population, and develop REAL communication and relationships of trust - ensuring that the leader does not become a dictator or tyrant - and to ensure that if there is a crisis or emergency, that there will already be in place an effective communication and relationship of mutual trust - where the population can in fact TRUST the leadership, and the leadership can equally TRUST the population.

How can this be established? The same way that it can be established by parents, who again are the most influential Keepers of the Peace in our world currently. When parents communicate and share with a child as though the child is an equal instead of a subordinate, the child's ability and desire to communicate will naturally increase. When children are equipped with and supported with an effective vocabulary, they are better equipped to articulate their needs as well as what their issues and problems are. When children are provided with clear explanations and shown the practical consequences of certain actions or behavior, they will develop on their own the most effective corrective behaviors because they will not be doing it out of fear of punishment, but out of actual understanding. The more we develop a child's ability and skill with self-stability and common sense problem solving that isn't emotionally charged or backed by fear of punishment, the more effective the child becomes at being their own parent, and the more likely it is that they will be better parents for any children of their own.

Likewise, when those in power and positions of guardianship in the current world system consider the populations to be lesser beings that must be forced and controlled in order to "behave" the right way and not endanger themselves or the delicate relationships of the world system, then there will be more distrust within the population who become more separated from political and governmental awareness, and will lose interest in developing more meaningful engagement/communication.

When people abuse their power and influence and exert oppressive control or induce a state of dependency upon a population, that population will either go into revolt or will give in to the inferiority and lose sight of personal responsibility or dignity - in one case creating a volatile and violent population opposed to authority, or an overly subdued and docile population incapable of self movement.

But when people are encouraged educate themselves and develop an effective awareness and articulation about the world systems, they become far more capable of making effective decisions for themselves and their communities. When people are given an effective education so that they can communicate equally with leaders and the government, where the actual issues can be discussed openly without fear of judgment or misunderstanding, then it becomes possible for the those in the world system - those who stand as Keepers of the Peace in the world - to equally articulate their troubles and concerns and explain to the population what is needed and required for our world system to best for all.

When we STOP treating people as 'citizens' the way parents treat children as "inferiors", and instead developed and encouraged political awareness and practical understanding of world issues, our governments stop being centers of public control and instead become administrators of a REAL government system that is of the people, by the people, and for the people.

In the next post we will have a deeper look at the "Unfortunate" and understand their place in the context of our shared crisis.

Continue to the next segment "Mass Desperation"
Posted by Unknown at 3:49 AM