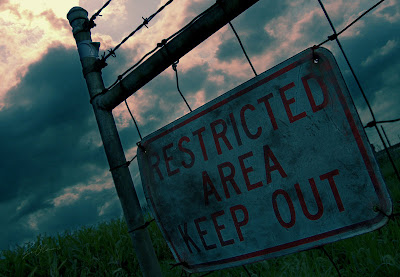 Tonight we are having a closer look at "fairness" and the problems that come up when we as a society need to decide how we are going to make sure that everybody is supported equally and that there is no abuse coming from inequality, while at the same time not becoming slave drivers that need to constantly take and redistribute the goods and resources of society in the name of enforcing "fairness".

One of the arguments of why there should not even be any form of distributive actions by the government when it comes to "fairness" and what people have a right to have is presented by political philosopher Robert Nozick. 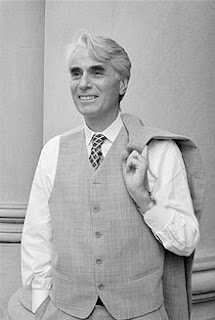 Nozick states that any inequalities that result from people willingly participating in transactions that lead to some people amassing a large fortune are perfectly fine because people willingly gave what was rightfully theirs, and whoever was on the receiving end was entitled to it.

This however does not mean that the person DESERVED it - it only means that a person received whatever was given to him, by people who rightfully possessed the things they gave - which means that by entitlement nobody should step in and say that this person should not get what was given. We will look more closely at the difference between "deserts" and "entitlements" in a later blog.

Initial Acquisition - Basically this is the principle of "first come first serve" where it is assumed that initially, all things in the world were "unclaimed" - and as time went on more and more of the world became claimed through acts of acquisition which gave the owner control of whatever is claimed, and also by definition denies anyone else the ability to claim it.

Voluntary Transfer - Once a person claims ownership, they can do whatever they want with what they have claimed, which includes giving it away or renting it out or putting it up for trade, as long as both parties of the exchange accept the terms. As long as people only give what is actually theirs to give, no problems.

Rectification - Of course our world and our history shows that property, land, and resources do NOT get transferred in neat, polite, and organized forms of acquisition where everybody only gives what is rightfully theirs, and everyone accepts and agrees upon the terms, and nobody ever tries to take by force what is denied to them - which is why Nozick compensates for this with the concept of "Rectification", where somebody can become the rightful owner of something if it is given as a way to make up for something that was taken by force, or to make up for damages that were caused to previously owned property or resources.

Now when it comes to things like the government having a hand in how goods and resources are distributed, Nozick is pretty clear that he hates the idea and considers it an intrusion on things that rightfully belong to the people, and therefore should be up to the people to decide what they want to do.

Nozick's second rule of "Voluntary Transfer" says that if somebody is willing to give us money or goods that they own in exchange for goods or labor that we own, or simply because they WANT to give it to us for whatever reason, then we are entitled to receive whatever they want to give us and nobody should be allowed to interfere with that since nobody else has a "claim" on what is being given other than the direct parties involved.

In Nozick's world, if you are in an unfortunate position and cannot compete or have the same access to work, education, or resources as others, then it's just too bad. Nozick will even admit that this is unfair and that people should work together and address these issues - but still this is NOT, according to Nozick, a matter of justice - and nobody should be forced to help or contribute to anyone or anything they do not agree to and nobody should have their possessions (including income) taken away and redistributed without consent.

Who's Earth is it Anyway?

There are glaring inconsistencies in Nozick's reasoning. There is an assumption that there was a point in time where the entire earth was simply "unclaimed" and through a process of acquisition more and more of it became claimed - and those who claimed it got to have total control over it and had the right to do as they pleased without any other consideration.

What is not considered is that the earth - the resources - and all possible goods that can be created from the raw materials of the earth - were here BEFORE anybody was around to make any claims, and even though somebody might take resources and create goods out of them - those goods remain here in one form or another on the earth after the person dies - so what exactly gives a person "claim", and what good is this claim if it only lasts for the duration of a person's life on earth? Sure, people can transfer their claim to their descendants - but even then the original claim is questionable at best.

It is not considered that this earth and all of its resources and materials were claimed by LIFE itself. Human beings did not fashion this planet and its resources - and by Nozick's rule of "Initial Acquisition" everything of earth and everything that earth creates, belongs rightfully to earth, which expresses itself in multiple forms of creation that we can call LIFE.

This would mean that humans have made false claims on what was "available" and have taken credit and profit for things that were created out of goods and resources that were initially created by earth and is "owned" by earth. Humans therefore commit an "Involuntary Transfer" of goods and resources from the earth because humans take by force and have not considered asking earth - or at least consulting with earth's various representatives called LIFE (animals, plants, ecosystem, bacteria, humans, etc.)

Sure, the concept was meant to apply to humans only - and it is a bit of a stretch to now retroactively apply this in the context of earth itself being an aware entity that has first claim over itself and anything it produces. Certainly this is not what Nozick had in mind when he framed this argument  - but this is the problem when philosophies and social rules are made WITHOUT regarding life first - we find ourselves having made all manner of judgments and decisions that were based only on the human, and only valuing the things that humans value and subsequently hoard and compete for - all the while making no "Rectification" to restore what was taken by force without consent - nor have we made an equal contribution to replace what was removed, or repaired what has been damaged - but we certainly have a good argument when we feel like somebody is wanting something that we feel we own.

When we want to consider the point of "justice" and "fairness" and whether or not we have a right to determine what is an acceptable way to distribute goods and resources and who should have access to those goods and services - we need to consider where these goods and resources INITIALLY came from - and we must realize that as humans, we bear the responsibility of having the greatest influence and directive control on this planet - and it is up to us to decide whether we will behave as though we alone own the bits and pieces of this world to do with as we see fit until we die, or whether we will honor our unending status as equal creations of the earth, and ensure that nothing created by the earth (everything) is ever subject to false claims of ownership.

The justifications as to why there should not be consideration in how things are distributed and whether we must enforce a kind of equality to ensure the dignity of all life simply does not hold up to reality and if we allow ourselves to be influenced by this kind of argument we become accessories and enablers of atrocity because we claim no responsibility yet expect benefit. There are billions of human beings (let alone the animals) right now who are being denied equal status as rightful human beings deserving dignity as an equal creation and expression of LIFE - who have a rightful claim as a representative of earth - but we are saying:

"Too bad. Tough luck. You should have chosen to be born in a better situation. It is not our responsibility to honor your claim, but we're going to enforce ours."

Here it is important to realize the problem of human politics and why we must have a serious look at what kind of political philosophies and world views we are accepting without question - because to claim ignorance while demanding ownership is simply not acceptable.