Day 31 - The Politics of Global Paranoia 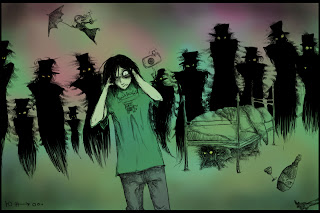 At the end of the day, the majority of humans on earth at the moment will agree that poverty and starvation and mass suffering are terrible things and that everyone would like for the quality of life for people to be good.

But despite the claims that this is what we would like - the world has only become MORE unequal and MORE abusive.

This is indicating that there is a massive problem within humanity. We are living in this physical world which we must share and find ways to coexist on. We have to work with the same resources and work within the same physical time and space as one another - so it is important that we deal with our reality in a way that is equal for all - so that our interactions are based on what is actually here, which all of us depend on and have a stake in for our survival - but when we make claims about what it is that we would like and what it is that we intend, and yet our actions show something different - this should be a major cause for concern because this exposes the fact that we are NOT operating in alignment to this physical reality - and that we are instead speaking from an internal reality of our own beliefs and conceptualizations ABOUT this world which do not include everyone equally.We are thus existing in a different reality where our value systems are completely separated from the intrinsic values and relationships of this one REAL reality in favor of a paranoid reality we cannot touch but will value more and give priority to - which has led to MASSIVE abuse and suffering with no end in SIGHT - because nobody is actually LOOKING AT REALITY.

When we see clearly that there is a massive problem of inequality and environmental damage as well as species extinction wiping out entire animal populations, and yet we make statements ABOUT what we SHOULD be doing without actually doing it - this exposes the level of delusion and separation we have indulged in.

We have completely forgotten and lost all connection with the ONE REALITY where things are actually real and the consequences are irreversible. This is not just a political, social, economic, ecological, or psychological crisis - this is an EXISTENTIAL crisis where we are living as though we are immune from consequences as long as we are able to pay lip service to and occasionally mention this world and this reality from time to time while we exist in alternate realities of our choosing, where everything is just fine and the issue of poverty and suffering and world collapse are just "unfortunate" things that happen to "other people".

Tonight I am introducing a mini-series that will touch on the delusions and paranoia that are currently prevent people from breaking through the illusion of separation using a social problem that we should all be VERY familiar with, and we will see how the SOLUTION is exactly the same and the only difference for the people involved is the DELUSIONS that they hold and allow to corrupt and distort their rightful political power.

We will be looking at the problem of "What do I deserve, and why do I deserve it?" in order to identify the delusions involved in this issue, and we will have a look at the following groups -

As the paranoid delusions within each group are revealed we will also show how SIMPLE the solution is once the delusions are identified, and how there IS a legitimatepolitical solution that is RIGHT HERE, and that all we required to do was to understand the nature and extent of our delusions, and again come to an AGREEMENT about our reality, and through this restore our existential sanity and stability.

For those prepared to face these delusions and ready to start investigating the nature of our mass paranoia, I suggest checking out the following blogs from Creation's Journey toLife for context and the proper definition of "paranoia" in terms of what we will be discussing -

In the politics of existence, everyone has an equal responsibility, and everyone shares the consequence.  Buckle up  - because politics is getting REAL. To ease the bumps on the road to come, you may want to prepare yourself and identify where your own paranoia is still influencing and usurping your political power as a REAL Politician. Read the blogs above and check out the Journey to Life project and see REAL LIFE examples of people taking on the paranoia in a way that psychology has never dared.
Posted by Unknown at 2:32 AM