Day 29 - The Politics of Justice Part 4 - Can Equality be Enforced without Tyranny? 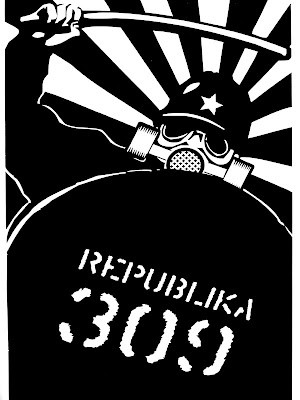 
Day 29 - The Politics of Justice Part 4  - Can Equality be Enforced without Tyranny?

Can an equal distribution of goods and services be enforced by a government without the government becoming totalitarian and tyrannical, stifling the expression of the population and depriving people of what is "rightfully theirs"?

Can a society find a way to ensure that everyone is equally taken care of and can we ensure that the basic needs of all are equally guaranteed without having to take away value and property from others?

It seems like this kind of philosophical questioning can have no practical answer and when we look at our history it would seem that we have never been able to really achieve a state in which all people are really taken care of without either the government becoming a totalitarian regime with immense centralized power.

It is understandable why many would balk at the notion of an Equal Money System or any kind of administration being proposed that intends to provide for the needs of everyone - because surely this kind of political mission would require many people be "forced" to give up things that they feel entitled to have - surely we cannot find a way for everyone to agree or take responsibility for this world - surely we cannot trust any government or political agenda that claims to want equality for all... right?

In most countries there are specific laws that say that you cannot kill somebody or commit an act that leads to the death of another. If you violate this law, then the full force and authority of the government and of the various agencies empowered by the government are called upon to ENFORCE the laws of the society upon you - and you would accept this because you want this for everyone.
When there is a clear and specific agreement within society about what it will and will not tolerate - what it will and will not accept within themselves or each other, and a clear understanding of what duties we expect from ourselves and each other - enforcing such agreements through power and authority is not seen as negative when all would agree that the use of proper force to compel a person to cooperate when they have committed a serious crime is acceptable.

Having explained this, we now come to the core issue that is sure to stir up controversy and conflict - and that is the proposal that the equal distribution of goods and resources be enforced with power and authority. Even the mention of such a concept fires up walls of resistance and calls of "communism" and "socialism". There is a heavy resistance to even considering such a concept - and we as REAL Politicians must understand without judgment what this resistance is - and when I say REAL Politicians remember I am always referring to all of humanity.

If Inequality is a Crime against Humanity, does Humanity have Permission to Enforce Laws?

It is no secret in this world that poverty and exploitation of billions of humans is a direct result of the global economic and political system, and that as long as the gap of inequality continues to widen, the more inequality will tend to perpetuate itself.

Each and every human being at some level understands this - and sees that there are major problems in the world that CAN be corrected, but are instead allowed to compound and worsen with each passing month, each passing year, each passing decade - the main reason for this being the excuse that this is just the way things are and there is nothing that an individual can do to stop the world system of money, and money controls everything.

It is also becoming clear that as the inequality worsens and more people fall into poverty while the entire world is trying to manage a debt crisis that effects every single person on earth, things will only get progressively more desperate and unstable unless a solution is found and agreed upon by the majority of people in this world.

The question here is if we as society can agree that murdering somebody or torturing somebody are NOT acceptable and cannot be tolerated - and to allow our government to enforce laws that will FORCE those who break this social agreement into compliance and correction - then why have we as the political majority NOT applied this responsibility to the problem of mass inequality and poverty that has lead to the deaths of countless millions due to economic hardship that could have otherwise been prevented by social intervention?

Global poverty and inequality are not just unfortunate realities that affect some and not others. It COSTS everyone more to maintain systems and infrastructure when half of the human population is disempowered and must survive in poverty and creates a greater strain on global politics, economic inequalities, as well as environmental issues - all of which we cannot resolve unless we address the financial system itself and the massive inequalities currently allowed to exist.

Human beings - fellow political figures of the most powerful political majority on this planet - we have failed to properly classify poverty and economic slavery as a crime against humanity and an infringement on Human Rights deserving and demanding the full force and authority of our governments to ENFORCE a correction. We must STOP expecting for the government to be able to do on our behalf what we are not willing to do ourselves - and we cannot expect for the government to respond correctly to a global issue when we as a global society do not address the issue and demand that our current governments and world systems continue to function "as is".

So long as we do not come to a democratic and political agreement as the majority - that poverty and economic slavery through an abusive, exploitative, and ecologically damaging financial system IS a cruel and unusual torture inflicted upon billions of innocent lives that creates chronic instability, war, and suffering and can be classified properly as a form of MURDER and TORTURE - we will always remain powerless to change it - because the power to change it must come FROM US- not from any government system or political ideology. And so long as we deny this power to the political systems that wish to do something about the problem - they will have to seek the power and authority through other means - namely through FORCE and coercion - and will ultimately fail.

The truth is - we CAN and MUST agree that our current system is not only criminal, but is guilty of crimes against HUMANITY - and by taking responsibility for our political influence as the majority of this world, we CAN remove and change the one system in this world that has caused so much suffering - the one system that no political organization has ever dared to challenge - the one system that can ONLY be changed through the most powerful union of political figures - and that is the monetary system and the global crisis of debt slavery.
We CAN create a system of equalized distribution and opportunity that does NOT punish or stifle or take away from people who have earned their share. We CAN create a system that does not rely on taxation or concentration of wealth in the hands of an elite ruling class. We CAN ensure that every human being born into this world has access to food, shelter, education, and health care of the highest quality possible, and ensure that EVERY HUMAN to be born is born into the maximum potential to live their life to the fullest. We can do this WITHOUT GUNS, WITHOUT BLOODSHED. This is NOT some utopian fantasy - this is the reality that can and should already be here - this is the world that awaits the awakening of the political majority of 7 billion fellow politicians who will rightfully utilize their political power.

We can utilize a method of distributive justice - where the goods and resources available are not abused or wasted, WITHOUT resorting to totalitarian control or confiscation. The groundwork is already set and the research has been well underway for such a world system - but in order to implement it there MUST be political responsibility within the majority - we must wake up and stop pretending we are powerless - because that is an abuse of our power and makes us guilty - makes us accessories to the greatest crime ever committed upon humanity - the crime of a world ruined by inequality in the absence of REAL Politicians - this means YOU.

We may say that we do not understand enough about the world to take responsibility for it. We may say that we do not agree with the way things are going but we have no power to stop it. We may say that we as individuals cannot change this world - and we would be correct - but this IN NO WAY excuses us from political responsibility - and in NO WAY removes us from the consequences of our absence in the political decisions of the world. Just because we cannot change it all ourselves does not give us the justification to not work together and then blame society or the government for our negligence.