Day 24 - The Politics of a Burning Building: The Fortunate Deciders 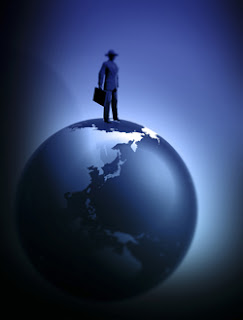 So far we have taken a look at several groups of people within our story of the burning building, and in each case we have considered how moving within consideration of all others and proceeding as a cooperative group is always the most practical and effective solution no matter which group a person might initially belong to.

There is however, one last group for whom this does not seem to be the case - where for this particular group, moving along cooperatively with all others will actually set them back due to being in a position where they can actually BENEFIT from the desperation of the rest of the group.

This group will be referred to as "The Fortunate Deciders" for our purposes. Here is a recap -

"The Fortunate Deciders - These are the people who are closest to the exit, and are in a position to either stay and ensure that the passage remains unblocked and assist those who require assistance and work toward a calm evacuation of all to 'Survival', or choose to only assist those who will give them favors in return once they have reached 'Survival'." - Day 19 - The Politics of a Burning Building: Introduction

Here, it is helpful to imagine the sign above the exit door that reads "Survival", and adding the words "Money/Time", and to consider that those who are closest to having easy access and control of "Money/Time/Survival", or more specifically those who have the ability to influence and control how much access others have to "Money/Time/Survival", are the fortunate deciders of the group in that they are fortunate for the positions that they have, and they are deciders because they are the only group who have the ability to CHOOSE how wide or narrow the access points to "Money/Time/Survival" might be, and can either use this to their own advantage or they can maximize the access for all.

Unfortunately, most in this position choose to use it for their own advantage instead of utilizing their position as a point of support for those struggling to reach the exit.

What must be understood here, is that these fortunate deciders are not inherently evil or bad - they are simply disconnected from the actual reality that the majority are facing, and in their positions of privilege they have no actual context for understanding or being able to really relate to the desperation or panic of those in the "Middle" who seem so eager and willing to compete with each other just for a chance to get to "Money/Time/Survival", let alone those who find themselves furthest away from the exit, who are behind even those in the "Middle", who may have already given up any hope that they may actually reach "Money/Time/Survival" and would settle for a spot in the "Middle" where there is at least some chance of getting through, and there is less desperation and fear.

Those who have followed the previous posts in this series by now can piece together a bigger picture of what our world is going through as we now bring in this final piece.

It must be understood here, that it is pointless to become angry with or try to fight those who have control of and access to money and the means for survival within the current system. It is equally pointless to blame them for not understanding how they are abusing their position and to believe that it is somehow "justified" to exact a kind of revenge upon them or to violently seek to overtake them - because it is IMPOSSIBLE that they actually understand or have the capacity to comprehend the need and desperation of the majority for survival. One cannot expect that they be able to relate to the desperate majority who must fight and compete with each other for the limited and restricted access to survival when for these fortunate few, survival was NEVER in doubt and never had to be fought for.

Here is the very secret that keeps so many of the majority in panic and fear instead of working together and cooperating towards the common goal. As long as the fortunate few remain completely disconnected from the suffering and panic and desperation of the majority, are not held accountable for the responsibility they have due to their position, and are allowed to manipulate and dictate the access to "Money/Time/Survival" according to their own value systems and self-interest and having no personal stake in whether or not the majority actually makes it through - the more likely it is that people become more desperate and less likely to cooperate as it becomes more and more difficult for even a few to reach "Money/Time/Survival", let alone the majority.

What is missed by the fortunate few - the Fortunate Deciders - is that simply being closest to and having the most influence over who gains entry through "Money/Time/Survival", does NOT grant them immunity to fire or the unified actions of the majority - especially when the majority becomes aware of the manipulation and deception going on by those who sought personal profit and entertainment at the expense of a majority that fought for survival. Many who have greatly compromised their integrity in order to become better fighters and survivors - many who have committed harm against their neighbors in competing for a chance to break free and earn their way to "Money/Time/Survival" will not be amused to find that their struggle was an artificial one that was completely unnecessary - because all that the fortunate deciders had to do was to let go of their own attachment and obsessive control and manipulation of "Money/Time/Survival" which would have spared the great majority of having to experience fear, desperation, greed, violence, competition, and compromise.

This is not to say that all Fortunate Deciders are simply hard-wired to be inconsiderate and unable to make choices based on what is best for all - certainly this is not the case and in fact there are few Fortunate Deciders in the building who do see that it is possible for all to have access to "Money/Time/Survival" and that the panic and conflict being caused is an artificial one that benefits those who prey upon the desperate, and want to put a stop to the abuse - but are currently outnumbered and require that the majority come to a decision - a decision to instead of competing with each other and wasting valuable energy trying to fight each other for a small, narrow chance to reach "Money/Time/Survival", instead work together and EMPOWER and reinforce those who stand in the position of the Fortunate Deciders, that they can influence and get through to their fellow fortunate ones the actual threat of the crisis, to explain to them in their own words and understanding, why and how it is in everyone's interest to remove the blockages that impede access to "Money/Time/Survival" because if this is not done, and the damage becomes too severe, and the people become too desperate - there will come such a point when "Money/Time/Survival" becomes closed to all - even the fortunate ones who failed to see and realize in time that they were not in fact immune to the crisis they are manipulating.

Here, one final piece must be shared. It is easy to identify with the various members of the crowd that have been introduced in this series - but this series was not written for them. This series was written for the only people who have real access to change. This series was written for you and I, the FORTUNATE DECIDERS and REAL Politicians who have the access and the proximity to the world system - to the infrastructures of money, who have the ability to utilize and choose how we spend our time, and have the most easy access to survival in this world. You and I, fellow REAL Politicians who benefit from the imposed poverty of billions who struggle to reach the level of survival that we, through the system we have allowed, would deny to others in order to keep them desperate and willing to do any work or go through any turmoil to have what we so easily took for granted, having not lived the struggle that they live each day.

This is the task of the Real Politician - to see the interrelatedness of all relationships in this world - to judge none but instead dare to connect and engage all and bring everyone to an equal understanding, awareness, and ability - to stop being politicians and leaders of countries but politicians and leaders of LIFE - to educate those who have not been able to see, to empower those who have seen, and to awaken those who refuse to see - that whether one is lost in the system, fighting for survival, trying to keep order in a chaotic world, struggling with poverty, or given positions of privilege and responsibility - all have an equal destination, and all must pass together.
Posted by Unknown at 3:00 AM