Day 16 - Restoring the Name of Politics 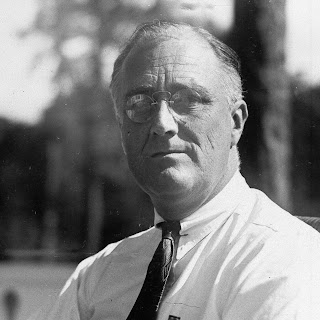 "Let us never forget that government is ourselves and not an alien power over us. The ultimate rulers of our democracy are not a President and senators and congressmen and government officials, but the voters of this country."

Day 16 -Restoring the Name of Politics

For too long we have accepted the idea that "politics" is some complex system that can only be navigated by political experts and certain individuals belonging to certain families and associating with certain elite circles who have the "privilege" of becoming political leaders, and that it is best to allow such political leaders to face and contend with the "difficult" and "complex" task of governing and ruling the majority.

For too long we have accepted the idea that we are not meant to understand the nuances and subtleties of the political world, and that because of this apparent lack of understanding and specialized insight, we have no right or privilege to demonstrate our political responsibility - when in fact ours is the most critically important political power of all - "ours" being the MAJORITY - which implies the greatest leverage and power as well as the greatest responsibility.

This is why this blog specifically refers to the REAL Politicians of this world not being those who are career or professional politicians necessarily, but rather the majority of human beings on this world at this very moment who see that the state of our affairs is NOT healthy or sustainable, and realize that our current system of politics and government has suffered greatly from the absence of the guidance and direction of the political MAJORITY.

Why has politics become such a "dirty" profession? Why is it that any serious or professional politician in the current system must to a great extent compromise their integrity and make alliances and agreements with entities who understand the nature of what politics has become and will abuse the very absence and apathy of the political MAJORITY so that they can continue to earn, keep, and protect absurdly large amounts of profit at the direct expense of the common good? Because if the serious and professional politician does not play along, they will NOT be allowed anywhere near the heart of the system or the seats of power or influence or be invited to the inner circles where decisions and policies are decided not within principle or integrity, but by what the elite and the ruling class deem necessary for their continued survival and prosperity.

We currently have a system where leadership is NOT based on actual integrity or merit but rather by inheritance into the ruling class and through relationships and networks established in the absence of an active and aware political MAJORITY - where a small handful of wealthy elites free from having to work or face the consequences and hardships of this world have turned their attention to the study of control, of influence, and of domination of the world that has turned the rightful political MAJORITY into a servant class through manipulating MONEY and establishing financial supremacy.

In the United States, which is often seen as the "model" of modern democratic governance, there are approximately 5 lobbyists for every member of the us Congress, and approximately one million dollars are spent PER member of the House of Representatives. These are the odds that our politicians and legislators face in the absence of an aware and active political MAJORITY of REAL Politicians.

All of the power - all of the influence that we believe the 'elite' have - is an illusion that is constantly made real by none other than our collective acceptance. So realize here, that even though we the political MAJORITY of this world who possess the most power and influence are currently enslaved, our enslavement can ONLY happen through our collective acceptance.

Even if we are rendered unaware, our political power as a group is STILL the overwhelmingly dominant force. Unfortunately this power has been kept secret and many steps have been taken to ensure that the majority does not awaken and unite and take its rightful influence, and great effort has been set into place to ensure that the majority will always remain struggling with each other for survival - consuming each other and competing with each other - never realizing the actual potential that a united and aware global MAJORITY actually has to change this world and the politics that govern it.

By now it must be realized that there is never a time in which we are NOT a politician. There is never a time in which our words, our actions, our deeds, and our acceptances do not make a political statement. The only way for the great majority of people on this world to have become so utterly enslaved can only be through the collective agreement to the statement "There is no point in politics".

So long as the rightful political Majority of the world believes there is no way to change the system legitimately through politics and direct democracy, and continue to allow for the few politicians who do stand in positions of governmental responsibility to contend with vastly overwhelming pressures and forces - there will of course be corruption and untrustworthiness.

Do not be fooled thus, by the few handful of elites who would proclaim to know what political responsibility is, or how best to operate a government, who would attempt to usurp your rightful place as a REAL Politician. Politics is in each and every breath we take - each and every word we speak and each decision we make is our vote and our instruction - and for too long have we been instructing ourselves and each other that we are somehow excused from our political responsibility because we are apparently "not politicians".

And so as a fellow REAL Politician in this world I continue to push myself, to REMIND myself that the Politician'sJourney to Life will often be challenged by those who intend to misdirect our political reality in order to convince us of a collective illusion - which is that somehow the most powerful and influential majority is to be subservient to a minority who's only influence must actually be borrowed from the majority itself.

I humbly request that all rightful politicians - all REAL Politicians in this world not yet accepting their political responsibility for the political powers that have been given up to elites who have abused such power in our absence and under our name, now HONOR the duty and responsibility that comes with being a part of the political MAJORITY of this world and set right what was done in our negligence.

Walk with us and remind each other of our task to change who we are and what we accept in this world and be the example that our governments must learn from, and set the expectation for those who would seek political positions - that no more will abuse and fraud be tolerated and no more will the rightful majority of this world ignore gross incompetence and abuse because the political MAJORITY - the strongest and most influential political force in the world that in fact cares about the quality, honor, and dignity of all LIFE - is now coming to power and nothing less than what is best for all will be accepted. 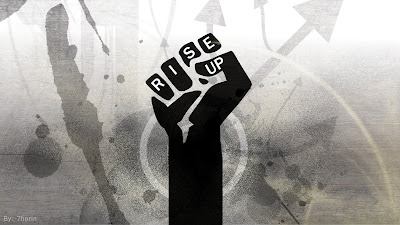