"Politics - I don't know why, but they seem to have a tendency to separate us, to keep us from one another, while nature is always and ever making efforts to bring us together."

The answer is YES, and it will help in our understanding of why it is that actual progress and change to a better world has become so difficult, and why there is a tendency to favor self-interest and survival instead of mutual support and cooperation when all indications show that mutual support and cooperation yield far superior results for everyone.

Here we are facing several dimensions of the struggle for survival and how individual actions and decisions, if not understood or taken to a context of what is best for all, can lead to negative consequences that affect not only the individual, but the entire group.

In the blogs to follow we will be working with the Politics of the Burning Building as the backdrop for setting an analogy for what we as humanity are facing in this very moment.

The People Seeking Survival - This is the dimension of the average person who is now aware of the present danger and must make decisions as to how they will ensure that they can get to "Survival". This is the common majority who now face a crisis that is getting worse by the moment, yet the path to "Survival" is not clear.

The Survivors - These are the people who do whatever they must in order to ensure their own survival, and have determined that the entire group will likely NOT cooperate and unless they fight and compete with others to get to "Survival", they will end up trapped in the burning building.

The Unfortunate - When the fire broke out and the other means of escape became impossible except through the single door through "Survival", many were in positions far away from that exit, and will have the most difficult time making it through, and will likely not make it at all unless all cooperate and move together smoothly, or unless they become more ruthless than the Survivors.

The Fortunate Deciders - These are the people who are closest to the exit, and are in a position to either stay and ensure that the passage remains unblocked and assist those who require assistance and work toward a calm evacuation of all to "Survival", or choose to only assist those who will give them favors in return once they have reached "Survival".

In the blog to follow we will begin with The People Seeking Survival and have a look at how and why the survival instinct and making snap decisions based on self-interest has been so engrained and automated, without us seeing or considering the full consequences of moving in a reaction of fear instead of moving within self-direction.

Stay tuned as we walk the Politics of the Burning Building and see HOW all can reach the exit of "Survival" not only as a group, but in a way that ensures none will suffer or be left behind. 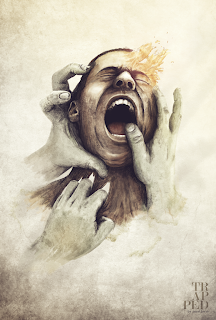