Day 14 - The Politics of Protest - Part Ten: You Can't Fight the System - the System is You 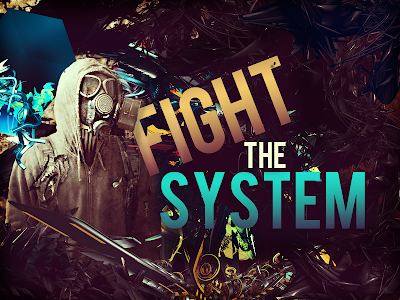 For full context, check out the previous posts in the series for a full understanding of the concepts

Day 14 - The Politics of Protest - Part Ten: You Can't Fight the System - the System is You

The world in which we live is based on relationships between and amongst all participants, and when such relationships are not based on agreement and mutual understanding and communication, there is conflict and fear and separation, and at the end of it all this is the CORE issue that is NOT understood or shown in any way - because this very issue of the importance and relevance of the relationships between all things in this world has not been part of our education and understanding as the human beings we are today.

It is this very separation that leads us to develop worldviews that only take into consideration what is of value to us, based on what we have learned through conditioning and social programming, using ideas and relationships that we ourselves have created without any actual understanding of the real relationships that exist in this world and how our actions effect the entirety of our reality. All of this is extensively well explained for those willing to learn. The Desteni I Process is strongly encouraged as a means to start correcting our relationship with ourselves, and with the world we are creating.

When there is a problem within a certain region of the world and the people endure conditions that diminish and erode their dignity and human beings, there will obviously be discontent and anger directed toward the world system and those in positions of power and influence who are able to do something about it - and because it is apparent that "they" do NOT address the needs of the people and seem more concerned with holding the world system itself in place, it is easy to justify anger and frustration instead of realizing the very KEY to the issue.

But instead of devoting our time and resources to providing this very dignity and worth to ourselves and each other, we have a world system that has become a constant and impossible task of managing billions of human beings that ensures that only a shamefully small amount of the global population will have comfort and dignity at the direct expense of the majority who must compete with each other - often times to the death - while a ruling elite manage these conflicts and battles for survival to ensure it does not escalate too quickly or too violently.

It is NOT POSSIBLE for any government or institution in the current system to address the needs of its people without having dominance and superiority over others, or without having to take resources by force and subduing and oppressing other nations and governments who are not able to compete due to resource limitations artificially imposed upon them by a world that constantly sees itself as a divided and untrustworthy place where only the most ruthless and powerful survive.

Therefore - it must be understood that as long as demands are made and threatened with force or violence without consideration of global consequence or understanding how our world is deeply interconnected and interdependent, any change that comes from such inconsiderate force will always result in instability and imbalance within the entire world system - consequences often paid by the MOST vulnerable who must exist in conditions of poverty and suffering because it has been robbed of dignity and equality and cannot defend itself against a world driven by self-preservation at the expense of the weak.

There is however a critically important element here that is NOT to be missed - which is that ALL OF THIS IS REVERSIBLE! Every policy that has been implemented in the attempt to force a state of unity or order in this world has always created a negative effect because the majority of people are not the ones actually making the decisions and are NOT taking the full scope of our interdependence into consideration.

The world system is NOT an enemy - it is a system that can be programmed and changed. It exists the way it does today because we have NOT realized the responsibility of global consideration and therefore the world system  must for the moment exist - so that our individual demands for security and stability in a world of separation and irrational fear does not endanger the delicate interdependent relationships of our reality.

We have, at this moment, the time and the articulation to prepare ourselves and already begin correcting our relationship with ourselves - from which we can learn to co-create and realign our relationships with each other - and dare to stop judgment and fighting against the system so that we can stand as EQUALS to the very system we have created - and PROVE that we can in fact direct ourselves and each other without harm or abuse - and that the current system of crisis and fear management and constant competition can finally be laid to rest, so that a new system -one directed by a majority of REAL Politicians, can be the foundation upon which a new world of dignity for all can emerge and flourish - where war and the various other symptoms of madness resulting from separation will be a memory of who we were, and will never be again. 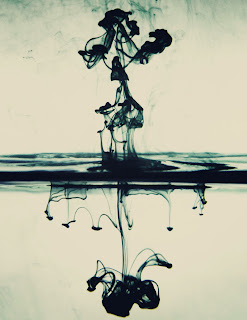 As I write, already the Journey to Life of REAL Politicians all across the globe is already well underway, and will not stop. For all of us it began with a decision and a commitment, and it is the same with all the would be REAL Politicians of this world to MAKE A DECISION in a single breath, that changes everything for every breath thereafter.