Day 3 - Does my profession prevent me from being a Politician?

"Democracy is a device that insures we shall be governed no better than we deserve."

Day 2 - Who Are the REAL Politicians?

What is your Profession?

If a person were to come up to us and ask why we are not a politician - a very common response would be one that explains how we are not politically savvy enough to "deal with politics", or that we don't have the qualifications, or that you don't know the system well enough for that kind of responsibility, or that it's simply not "for us".

In the current system a "politician" requires a certain background, a certain set of "qualifications" that give them some necessary skills in order to survive and be able to manage the absurd "profession" of being a politician in our current system.

In the current system - due to the massive amount of people not participating as a REAL politician - it has become necessary for those in political office to present themselves as being fully able to address all of the problems of their constituents, and faithfully represent and speak on behalf of them - while at the same time having to work within a political and financial system that DEMANDS loyalty to those with money at the expense of those who don't. The politicians who are good at their careers are the ones who are best at convincing the public that they will honor their public promises for change and reform, while on the other hand convincing the financial powers and ruling elite that nothing will change.


Sometimes a "compromise" can be made by professional politicians where a few good policies are put in to protect a few people and sometimes a few of the big financial abusers get a slap on the wrist but overall no real change is ever done.

Note that the few politicians who do make a stand - who make a REAL difference despite the potential political drawbacks to their "career" - the few REAL politicians active in the world right now within the current system who are telling it like it is and demanding that people take responsibility for changing the system, the ones who do not see being a "politician" as a profession or career, but an obligation and responsibility - are the ones who make the REAL difference. Yet they do NOT get elected to high positions of power - they do NOT become officially recognized or positively promoted in the political main-stream. These are the "politicians" who FAIL according to the current system because they did not fit the "qualifications" of a career politician - because they could NOT be bought - they could NOT be silenced - they had INTEGRITY - and they were very dangerous to the system.

Fascinatingly, people tend to idolize these few REAL politicians and turn them into celebrities and shining exemplars instead of actually taking responsibility for the political message such rare candidates share - and in turning such REAL politicians into a celebrity instead of an actual example of responsibility, we as a society do a great disservice to these candidates.

We place our hope and aspiration in wanting these rare candidates to WIN - we want them to compete and get elected into office so that they can get to work on fixing everything - we often attach them to popular mandates that range from a vague "Green is good", to the very energetically charged "End the Fed!", and we then expect these candidates to change the entire system ALONE on our behalf, when the world system itself is a multidimensional and extremely complex system that is created and constantly being reinforced by the REAL political power in this world - the power of majority acceptance and allowance, and general apathy and aversion to responsibility for the greater whole.

We, the REAL politicians of this world, hold massive pageants and popularity contests to see who are the best candidates to speak on our behalf, make decisions on our behalf, and protect us from the very system we are all co-creating, and then we become disappointed when these individuals step into the role of public political leadership and they end up essentially powerless and spend their time managing public relations and doing the bidding of corporate and private interests, contending with a public that has not become politically or economically conscious or mature, cannot handle many personal responsibilities, are not aware of the actual extent of our global problems, and is being systematically herded and emotionally controlled through media and rampant consumerism to at least benefit the ruling class and prevent the masses from self-destructing through apathy.

Our "professions" - our educational backgrounds - our "qualifications" as REAL politicians in this world are NOT what jobs we've had, what experiences we have with writing policy and working with laws and judicial process, or how familiar we are with tax codes or financial regulations. These are skills that one is able to learn and utilize - these are methods through which we can apply and express our political responsibilities - but to believe that our jobs or our education somehow disqualify or remove our responsibility as REAL politicians in this world is simply not true and is a very damaging and limiting acceptance.

Each day we influence countless people in our lives by the words we speak - by the principles we live and stand by and hold ourselves to be examples of.

Each day we make policy and economic decisions based on the information and understanding we have and we do our best to make the best choices - often having to make mistakes and make adjustments along the way.

Each day we do our best to function within a broken economic and monetary system and have to make great compromises - often to the complaint of our families and those we are responsible for - in order to keep things stable as best we can.

Each day we must live and survive within the current state of our environment and the eroding relationship between mankind and earth which has been corrupted by mass consumerism outpacing the earth's ability to sustain life.

Each day we manage relationships and put on fake personalities to be accepted and to be able to navigate a world that has become detached from self-integrity in favor of self-preservation and self-interest.

Each day we do what we must to survive and endure, as we attempt to hold on to our core principles and good intentions even though we must contradict them on a daily basis due to the system that we must work with - wanting to do good things and perhaps making up for the things we have had to do in order to survive, but having to constantly compromise in order to maintain stability and money.

Each day we make the SAME decisions and take on the same dimensions and challenges and must ask and answer the same essential questions that any "politician" must. What separates us from "politicians" is the mere acceptance that we are somehow not qualified to speak about and take responsibility for our daily concerns and social issues just because we don't have the right "job" or the right "education" - and that this somehow means we are less personally affected by the consequence of political decisions, or have less qualification to speak on these issues - when we as the majority have the MOST to say and the MOST at risk for not saying it.

So when you see a person who is demonstrating a personal will and intention to take responsibility for this world system, to educate themselves and others in their journey as a REAL politician - do not simply ask what they do for their job or what their educational background is or what qualifies them to take on political responsibility - it is exactly the same as yours.

Within this it is to understand that you do not need to become a career politician - you ARE a politician and you are simply rusty because you have allowed your political responsibility to be handled by only a handful of candidates, who created a political language and specialized education to communicate with each other - a language that we now must learn.

Thus far I have been taking the time to lay out the general tone of this blog - to educate as well as clarify for myself along with anyone interested in walking with or at least FOLLOWING this Politician's Journey to Life - as to what real politics imply - what a REAL politician is - and by now if you have been following you will be able to see that it is NOT about what I do, what my "profession" is, or how this compares with you or anyone else, because only YOU can assess for yourself what your political responsibility is and to what degree you are ready, or willing to become ready for.

The blogs to follow will begin to take on more specific points as well as introduce ways of looking at the current issues so that we do not "take sides" or lose ourselves in the fake politics of the current system, but develop a multidimensional way of seeing the various social/economic/environmental issues in a way that career politicians cannot - and as we build upon this kind of perspective and understanding we also begin to see just how much influence we actually have. 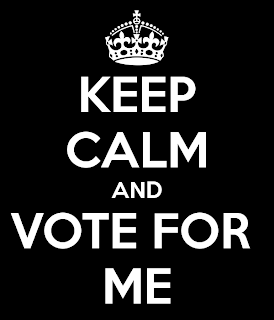