Day 2 - Who Are the REAL Politicians? 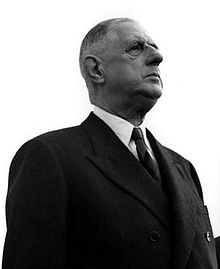 "I have come to the conclusion that politics are too serious a matter to be left to the politicians."

Which of the following is true?

A. As of this writing, there are nearly 7 billion human beings alive in this world.

C. More than 1.3 billion live in extreme poverty which is estimated to be less than $1.25 a day.

D. Approximately 80 percent of the world population lives on less than $10 a day.

F. All of the above.

For the astute politicians reading this post - you may have guessed that the correct answer is "F." for All of the above - and you would be correct.

Given those figures we can see a stark and unsettling picture of the world, as well has gain some insight into the actual constituency of our world's citizens - an overwhelming percentage of which live and subsist on sub-standard wages that are so low that they cannot possibly, in any practical way, better themselves or their predicament due to the political and economic decisions that are made on a daily basis on behalf of the world's citizens by those who are seen and accepted as world leaders.

As a REAL politician, these figures are something that you are going to have to get to know, and understand the implications of such an unequal distribution of wealth and resources, and what this means in terms of the lack of actual responsibility and integrity within those currently holding positions of leadership in the world. If you did not know the answer to the little quiz up top, that's okay. That's what I am writing this Politician's Journey to Life blog for - so that we are able to educate ourselves in terms of the relevant issues and pertinent awareness of our world

In the absence of human beings taking personal responsibility for the policy and economic decisions that determine the way we live our lives in accordance to the "rules" that are set and enforced by our political and economic elite, we are left with a very small number of specific human beings who on average will NEVER know what it actually is like to live in this world with fellow humans - fellow REAL politicians - and yet will be expected to make decisions and create policies that effect DIRECTLY the lives of human beings at national and global levels.

We currently have a system in which those who we depend upon to act in our best interest and ensure safety, stability, and protection of the majority have NO IDEA what the majority actually has to deal with each day - we have a system in which those with money and political backing who have NEVER had to face the consequences of policies and economic decisions that are made at the expense of the majority, are constantly allowed to make decisions on our behalf.

If our politicians were REAL people who actually understood and could actually be trusted to do what is best for everyone, because they have a REAL stake in the outcome and consequences of their decisions - then there would be politicians in key positions of our governmental and economic/monetary systems right now who would NOT have allowed for such a disproportionate amount of people to become marginalized and exploited.

Instead, we have a set of ruling elites who have NO actual concept of what it means to struggle - what it means to live through the consequences of having no stability, no security, no protection, no consideration, and no access to MONEY - which are ALL related to the kinds of policy and economic decisions being made on behalf of the world's citizens.

Our current politicians are NOT representatives of the people, but representatives of MONEY- so understand that when one is becoming aware of the nature and extent of the problem that is here on earth, and one is for the first time considering taking responsibility for the politics and economic decisions that have been made on our behalf, realize that anyone who would question your motives, question your credentials, question your legitimacy for speaking about the issues in this world - and would attempt to shut you down and berate you for not being a "career politician" and therefore try to suggest that you have no place in discussing policy decisions and political agendas - do not judge them for their stupidity and ignorance.

Understand that it is certainly not an easy task to be so well paid and so beholden to money itself as a "professional politician" that it completely removes a person from having any real basis or context in reality - rather remind yourself that we are the REAL politicians - the ones who have the most real-world experience, have lived in and through the consequences of policy decisions, have struggled with the realities and challenges of life in our world, have fought and died in the wars carried out in our name, and that we are the ones we see and understand that "politician" is not a profession or career choice - it is an obligation of each individual to at all times do what is best for all - through understanding the politics and economics of the world and making certain that we do not allow policy to reflect the interest of money and elite institutions, but in fact honor and dignify LIFE for all.

We bear the responsibility of freeing and unburdening the "career politicians" from suffering their illusions of grandeur and the lunacy of believing they have any right or authority to pass judgment upon those who suffer most from their decisions. Therefore do not judge them - they know not what they do - and to instigate or fight or debate with them only diminishes your character as a REAL politician. There will come a time when the career politicians will need examples of real courage, real leadership, real integrity. When that time comes let us be ready to show the way.

In this blog I commit myself to show and prove that it is not only possible to begin a journey to political responsibility in our world no matter who you are, where you are, and what level of professional education or political understanding you currently have.

In posts to follow I will be focusing on the issues of the REAL POLITICIANS - In how to develop ways to look at and consider the world and our actual influence within it - how to use the ability to see things for what they are instead of what we are trained to see and react to and make 'decisions' off of - so that we can make clear decisions based on a principle of responsibility - as we take back our obligation to ensure a better world for ourselves and for each other.

Therefore, stay tuned and investigate when you can the material I will be linking to - as they will form a foundation of understanding that may quantify your very own Politician's Journey. 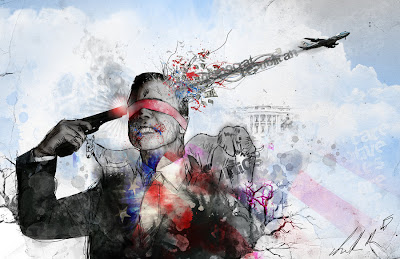