Day 13 - The Politics of Protest - Part Nine: The Bigger Picture 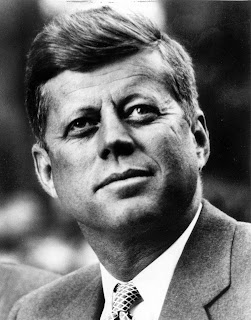 For full context, check out the previous posts in the series for a full understanding of the concepts

Day 13 - The Politics of Protest - Part Nine: The Bigger Picture

In the previous blogs we discussed various dimensions of protest as well as looking at how the majority who are currently being oppressed and those within the governmental/political positions of leadership must constantly balance things out in order to ensure that the world system does not crash.

Tonight we will have a look at how two opposing sides who seem to have absolutely nothing in common and are locked in to having to fight or resist each other can actually become very powerful allies if they are able to find a point of understanding and agreement and be willing to forgive each other and most importantly forgive themselves for the conflicts and misunderstandings that have been allowed.

The reasons for why self-forgiveness are critical are very well documented and explained by those who are involved with the Desteni I Process which shows in simple yet powerfully effective detail and consistency, how developing the ability to take personal responsibility for our thoughts, words, and actions is a KEY element to being able to change a persistent pattern and being able to expand our awareness and responsibility as human beings in such a way that allows us to see beyond just our own immediate concerns and anxieties and hang-ups, and be able to look at the bigger picture of our actual ability to influence and create our relationships and consequently, how we create our world.

This is an ESSENTIAL understanding that must be developed by anyone who truly wants to be able to change this world system - because until we develop the ability to stand in any person's shoes without any judgment or reaction - we will never be able to really and fully understand another person's position - their history - their burdens - the accumulated challenges they have had to face in their lives - and the environment and relationships that have influenced and greatly determined what kind of person they will be or have the ability to become.

An "enemy" is only able to remain an enemy until you fully and completely understand who they are, how they came to the current disposition that they are in, and see how if you were placed in the exact same situation and given the exact same circumstances and had to work with the exact same quality of information and understanding of a particular issue - you would be EXACTLY THE SAME as that "enemy" - and in order for a person to REALLY be able to do this unconditionally without manipulating the communication out of self interest and personal agendas, there MUST be an understanding of self-forgiveness and self-honesty - to be willing to fully consider and embrace any "enemy" and get to know them so completely that in the end there is no more separation and there is no more conflict - and there comes to be a clear and equal understanding of the issue in a way that makes it non-personal and without blame or judgment.

When done correctly, ANY conflict can be dissolved and directed without violence, without conflict, and without further waste of valuable resources and time that could otherwise be channeled to activities that produce harmony and betterment for all. 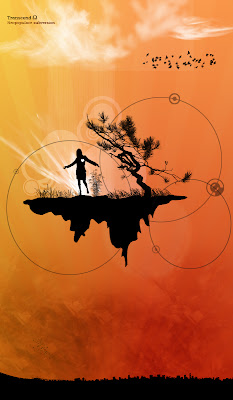 Therefore the REAL Politicians of this world must be able to stand in all positions, and consider what is actually best for ALL without having a personal attachment to a particular solution or a particular stance - because this will ensure that any solution that comes from this starting point will only take into consideration what is best for one group of people at the expense of others - and this will only perpetuate and further solidify the trap of "us versus them".

Thus one of the first steps for the REAL Politician is to in a way "make peace" with the atrocity that is here - to not in any way condone or defend it or accept it for what it is, but at the same time to not judge or resist it or fear to step into the very heart of it, in order to FULLY understand what the real conflict is and ensure that any policy or decision or solution that must be implemented, takes ALL into consideration instead of being rooted in an argument against the system without understanding the position of the system.

In the posts to follow we will look in greater detail at the points that are most often missed entirely by protest movements and revolutions which eventually cause the protest to die out without any real or lasting change, and what points are not considered when making demands of the governments or financial institutions of the world - which tends to make the world system tighten its grip even more, and how to instead approach system change effectively by working WITH the current system instead of fighting it or making demands from it.

Email ThisBlogThis!Share to TwitterShare to FacebookShare to Pinterest
Labels: agreement, anatomy of protest, if you can't beat them join them, politics of protest, self forgiveness, standing in the heart of darkness, working together