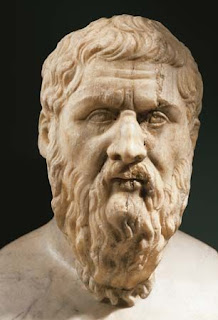 “One of the penalties of refusing to participate in politics is that you end up being governed by your inferiors.” - Plato

Since Day 5 of this series we have been having a look at the various dimensions of protest and we have been taking a look from the perspective of the protestor as well as the government institutions and the world system in general.

Tonight we will begin to bring it all together - to see what is going on in the bigger picture and how the conflict and struggle between the oppressed majority and the ruling elite is actually a distraction that keeps both parties locked in conflict and separation, to the benefit of the world system itself.

From the beginning of this series I have said that protest and revolution are NOT effective means to generate social, political, or economic change, and here I will clarify this statement even further.

There is a difference between protests and revolutions that happen as an expression of outrage and demanding that things be set right for the people who have been wronged, and a political movement that forces and directs a very specific change having understood the problem, the consequences, and the solution.

There have been cases in our human history where a unified people, under the leadership of those who fully stood within a principle of what is best for all - who clearly saw the consequences and the risks - who understood the nature of the system and the dangers that they faced in standing in opposition to it - and yet were able to make a political stand that could NOT be shaken, would NOT relent, and would NOT back down - and oppressor suddenly found themselves without support from the world system - and had to out of self-preservation abandon and relinquish their control.

HOW do such instances happen? What is it about those situations that are different from the thousands of riots and protests and public demonstrations and outright civil wars that end up either dissipating and collapsing from it's over exertion, or being completely shut down by the authorities and peacekeepers by overwhelming force, or manipulated and redirected by those who's profession is to cause chaos and confusion within people so that their decision making processes are hijacked without their awareness and refocused in ways that ensure no harm comes to the world system?

And is the world system or any of its institutions and governments actually evil or malicious, or are there greater consequences that must be taken into consideration when one stands in a position of leadership in this world? Is it really the world system alone that is oppressing us, or is the current system that is here a reflection of our own inability and refusal to actually care for ourselves and each other, and thus demand that a system be in place to see to such things so long as we are not bothered by the work, the consequences, and all of the abuse that must happen in order for us to continue abdicating our individual responsibility as the rightful and REAL Politicians of this world?

How can two seemingly opposed enemies ever hope to work together in unity? How can it be that the oppressed majority of people who have been made to suffer horrendously under the rule of the current system that has kept billions living below the poverty level and has maintained a constant air of tension ,conflict, war, and FEAR amongst the nations of the world, could EVER see it within themselves to FORGIVE what has been done and all that has transpired, that they would be able to work alongside with the very oppressors who acted as the agents of the world system's control?

Here the task of the REAL Politician becomes clear - we see that politics as we have known it must change to include a new starting point and a new foundational principle - which is that politics is NOT the tool of the privileged to deny privilege to others and nor is it a means through which policies and social agreements be forced upon people for their own good.

REAL Politics is the full understanding and recognition of responsibility of ALL persons - that so long as ONE person is not free and supported to have a dignified life, then NONE of us are actually free and no life here can be said to be dignified when it continues to allow suffering or indignity in any way.

In the posts to follow I will begin to address the point of HOW political movements of the majority acting in unison CAN work and CAN produce real and lasting change, as well as HOW the world system is NOT the enemy and is not malicious by nature, but by acceptance.

So for those who are ready to see and consider "politics" in a way that has not been done before - where the majority of the people DO determine the nature of the governments and the order of the world, and the world system is one of support, of administration, and of unconditional and unflinching stability - stay tuned and walk with us in the Politician's Journey to Life which is the Journey of ALL people, and understand that this Journey involves Psychologists, Economists, Lawyers, Activists, Artists, and persons from ALL walks of life - walk with us and see how lives can be changed when we understand our true responsibility, and what can be done when we stand TOGETHER with that understanding.