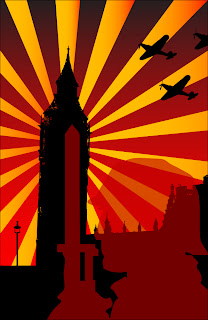 Tonight's blog is a continuation of the series "The Politics of Protest".

So far we have had a look at the issue of protest and the various roles and dimensions of the people/protestors and the government/institutions, from the "building up" phase up to the point where the protest and discontent erupts to a point of explosion that can no longer be held back. Tonight we will continue with the next stage of escalation which is "Damage Control". Here is a recap -

"Damage Control – Here is where the target of the explosion must fortify itself and ensures that this sudden outburst does not become too violent or destructive, that it may threaten the greater infrastructure upon which many things depend. If the explosion cannot be contained, a target is given and the explosion is allowed to play itself out “safely” at the expense of a non critical target. " - Day 5 - The Politics of Protest – Part One: Introducing The Anatomy of Protest

By now we have established some key perspectives on the side of the protestor as well as the side of the government/institutions - realizing that both sides have specific points of view that contradict each other, yet at the same time reveal a deeper issue - which is that the separation and conflict between the majority of people and the governments and institutions of the world are BOTH equally trapped within a global system that requires understanding, consideration, and cooperation without fear or antagonism on either side.

During the "Damage Control" phase of a protest or a violent uprising - the people have a very clear objective - which is to ensure that the force they have exerted and the risks they have taken within making their stand will not be fruitless - that they will have accomplished SOMETHING for their labors and their suffering. Having reached a kind of critical mass where they can no longer simply go back to the way things were - having gotten to a point where there is now too much already invested in the protest/revolt - it now comes to a point of "all or nothing" - where the demands must be met or those who are seen as barriers to the desired change will be forcibly removed, regardless of what consequences may follow after or at what cost.

When people have put up with more than what they are willing to put up with - it becomes a matter of principle that they have restitution and that their demands be met no matter how much it may cost the ""wrongdoers" - because those who are blamed for the injustices committed upon the people will no longer be considered, since they did not seem to consider the people when the injustices were suffered.

So now as a point of principle, no matter what the outcome may be or what consequences the government or the institutions may have to face in order to grant the change that is being demanded, the people who have been "wronged" will either have their request granted, or they will violently force a change that will be undesirable for all involved.

Yet from the perspective of the government and the institutions - it is understood that there is a very tight balance that must be maintained in order for the world to function - even though the current means and methods of its functioning are NOT best for all. There is an understanding that if people become encouraged by the idea that they are able to force change through violence and open revolt, there are massive consequences that may arise in other sectors of the world system - and it is therefore NOT in the interest of the world system to allow for such revolts to threaten the world's interrelated and interconnected relationships and infrastructure.

There are certain relationships - certain agreements - and certain arrangements in the world between the various governments and ruling elites that must at all cost be defended and upheld because it is accepted that without such arrangements and relationships between nations, world leaders, and the various industries and institutions, there would be chaos - and in this uncontrolled and undirected chaos human beings will be more prone to self destruction as well as mishandling of the world's resources.

This is why, when political issues become compounded and become a threat to the overall world system or to the goals and vested interests of certain ruling elites, various methods are employed to either dissipate the situation through economic control by way of economic hitmen* or social control through specialized experts in the field of influence and social engineering.

Here, the governments and institutions under the yoke of the world system, will either deliberately and proactively destabilize a region and intentionally spark conflicts and push them into open revolts through bribery, social manipulation, and inciting violent reactions so that an eventual explosion can instead be directed and controlled in the fashion of a controlled demolition as opposed to a violent and unpredictable explosion.

If the governments and institutions beholden to the world system and the ruling elites fail to "soft control" a potential threat to the system, more direct and violent means of damage control are set into motion - this is where the economic hitmen and the social engineers are set aside while a context for war or direct military intervention with either be created, or will be woven into an existing conflict that will be amplified through corporate controlled media and framed in such a way that will produce public reaction and outcry and drum up support, or at least acceptance of, direct military intervention.

What is the lesson here that is critical for the REAL politicians of the world to see and understand? When people stand together and unify, they become a force that must be reckoned with. But when this force moves from a starting point of frustration or protest AGAINST the world system and demands that changes be made in consideration of their suffering and will NOT consider the actual context of the world system or how all of our institutions and financial systems are interconnected - then every attempt must and WILL be made by the system to ensure that such uprisings are quickly dealt with and dissipated, or redirected in ways that mislead the mass movement to a direction that will only confuse and further divide the people who will expel their energies upon other systems or upon themselves.

Therefore any CHANGE within the system must be done NOT from a starting point of separation or antagonism or blame. While the living conditions of the majority of this world ARE deplorable and unacceptable, to really change the situation that is here on earth requires that REAL politicians see and understand how to direct and guide the people - the majority - the rightful politicians of this world - so that their grievances are not ignored or brushed aside as unreasonable demands. This also requires that the REAL politicians have an intimate and fearless relationship with the system as it currently exists - so that the necessary changes that must be made can be implemented with an understanding of the consequences of our interrelated and interdependent world systems.

The challenge here - to ALL Real politicians of this world - is not to fight against the system, nor is it to submit to it and become it's agent. It is to walk in both worlds and neither - so that we see what is best for all in both dimensions, and to the best of our ability insist and see to it that the people of this world and the systems that are here to support and maintain our living are mutually supportive - that we be the bridge that connects the people to the systems of the world, and once and for ALL end our collective enslavement to abuse and conflicts and consequences that are born from our separation and lack of intimate understanding of ourselves, each other, our world, and the systems we create and depend upon. 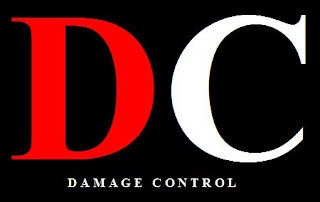