Day 8 - The Politics of Protest - Part Four: The Winds that Snuff the Spark 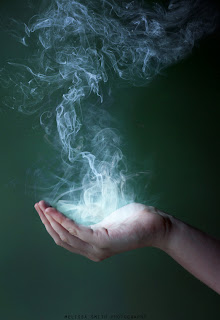 Tonight's blog is a continuation of the Series "The Politics of Protest".

In the previous post I discussed the dimension of the people - the masses who have been pushed beyond their ability to cope with the situation, and a "spark" ignites long dormant energy that has been building up within the people. Tonight we will have a look at the dimension of the governmental institutions and people who currently stand within positions of responsibility and influence, and what must be considered when the people have had "enough" and in any given moment the population may lose itself in a moment of frustration.


"Thus 'The Spark' in the context of this blog series - can be seen as any situation in which there is the potential for some conflict or friction to occur and at least one of the bodies (groups) involved is in a REACTIVE state - where they have suppressed and built up much frustration and anger and want some kind of vengeance, and all it can take is a single, small, misplaced spark." - Day 7 - The Politics of Protest - Part Three: The Spark that Ignites the Protest

The Dimension of the Institutions and Persons of Responsiblity

Those who stand in positions of authority and power currently face an impossible challenge - to on the one hand serve the best interest of the people, while at the same time understanding that the world system is highly complex and is built upon many dimensions and many interrelationships, and within this system any "stability" or "prosperity" that is to be had at all, must come from deliberate harm and abuse to others who must, by the very way the current system operates, be denied the same stability and prosperity.

This is how the system survives, and it is the only way that it is able to function. Yet even though this system requires that billions remain in poverty and that there exist a perpetual instability and hostility among nations, it is still the only system that is depended on by all of humanity because we have not yet implemented a new system - which we as the REAL politicians of this world must do -because until a new agreement and understanding takes hold and the REAL politicians of this world stand up as the new majority, no real change can occur without more suffering.

The whole of this world is in a terminal state of self destruction - and the only life support available now is the current world system - to "destroy it" or "rebel against it" will only ensure that there will be no potential for recovery - and to prematurely remove this life support system will only introduce shock to parts of this world who require and must depend on this artificial system until a sustainable alternative is put in place.

For now, we must understand the current "life support system" for what it is - and what it is, is a system of absolute control and the protection of an elite ruling class at the expense of all others, where agreements of cooperation and harmony are discouraged and must be prevented - because where there is an absence of conflict, an absence of division, and a foundation of mutual support and equality, any authority or power of a "ruling class" dissolves and becomes impotent, and this will not be allowed because so long as people still invest their money and their political power into the hands of financial institutions beholden to the ruling class, or to career politicians and industry leaders beholden to the world system, and as long as the health and well being of the world remains dependent on the current "life support system" of the world systems that are in place today, there will be no REAL recovery.

The REAL politician must understand that currently, any "good" that a politician or person of responsibility would like to do for their people, must come at the cost of others - because there is only so much funding, only so much political capital, only so much the current money system can handle at any particular time, and any change in one part or one dimension of our world system will affect all others in ways that may be unpredictable and is likely to cause more harm because it will introduce a point of instability - a point of change - and the change was only meant to better one portion - one aspect - one single dimension of our world system, without consideration for the rest, and often at the expense of the rest.

Thus to understand that at the dimension of the government and current institutions, instead of preventing buildups of potentially volatile conditions and ensuring that no sparks will ignite public discontent, the current mode of handling these issues is to try to manage these buildups, or try to manage these sparks and to do whatever is necessary to ensure that the current system remains unchanged - because the current system is the only life support system available and sudden changes that are not well managed and executed can have massive consequences, but at the same time those flare ups of discontent must be addressed without putting further stress on other parts of the system that is already being stretched to the brink.

This is what politics has been reduced to - the MANAGEMENT of problems and issues that the people are struggling with and need a solution for, but cannot change because they have not realized their political responsibilities and have no access to resources or to political influence of their own, while maintaining the general status of the world system to not cause unpredictable changes or "upset" the ruling elite, while having to operate within a system that requires that the masses remain docile, undereducated, and disempowered so that money and authority continues to be granted to the ruling elite and the continuation of the world system "for our own good" until a sustainable form of government of the people, led by REAL politicians, can take shape.

Right now we are living in a highly contentious, highly polarized, highly volatile situation and there are already many sparks that have become explosions of conflict, revolution, instability, and violence that leaves death and destruction in its wake and NO real or lasting political or social change for the better - and it is likely that MORE sparks will be generated in the clashing of our various divisions of wealth and poverty, of stability and instability, of equality and inequality.

So on the one hand we have the people, disempowered and struggling and NEEDING for the system to change, and only seeing things getting worse while it becomes harder and harder to survive when the current life support systems of the world are not enough to support all equally, and eventually being left little alternative than to fight for that which is kept from them, or face the potential of dying in deprivation.

On the other we have those in governmental positions that must operate within the same limited life support system of the world - having to manage the outbursts and having to ensure that the constant conflicts for survival do not erupt too quickly or violently that they cause damage to surrounding areas or the "vital organs" such as the core infrastructures of the government, but understanding that such outbursts will continue to happen, and must happen, in order to maintain what is left of the current world system. Thus those who must maintain the overall stability of the world system are the winds that must snuff out the sparks, in order to prevent system wide failures, but do not address the volatile conditions that make those sparks potentially threatening to begin with

In both dimensions we see that there is now a desperate need for REAL politicians who can understand and transcend these issues and boundaries - who can articulate the full nature and extent of our problem - who can implement a new system of actual LIVING and natural cooperation and support within the very world system, so we can stop depending on a life support system that only benefits the ruling elites at the expense and pain of the rest of the majority. 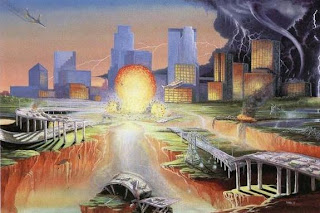 In the posts to follow we will have a look at the next stage of protest - the "Explosion" - when things have finally gone too far - where no real solution has been put in place, and where the current life support systems fail - what happens with the people who have no choice but to fight the very system itself, and what happens with the governments and those who must maintain order when the infrastructures of the world system are at risk?

Email ThisBlogThis!Share to TwitterShare to FacebookShare to Pinterest
Labels: anatomy of protest, politics of protest, the necessary evil, the powers that be, the ruling elite, the spark, the status quo, winds that snuff the spark