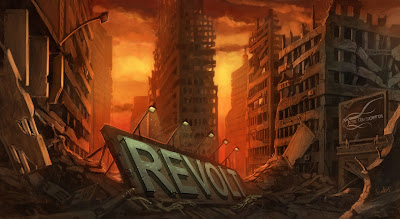 So up to this point in the series we have looked at the buildup of discontent within the majority against the current system, and we also looked at the perspectives of both the protestor as well as the government official and the institutions within the context of our series.

Tonight I will discuss the "fallout" - and what happens AFTER the explosion, when the protests and the revolutions and the revolts die down as well as what goes on "behind the scenes" with many of these explosions of public outcry.

Here is a recap of "Defusing" -

"Defusing – Here is where the situation has been “contained” – where the explosion is controlled and steered away from becoming a full threat. This is the aftermath where the protest is no longer violent and there has either been a “change” in the system or the protest/explosion has died down. This is when the system now prepares itself and sets up protections against future protests/sparks – but the underlying problems are never addressed. " - Day 5 - The Politics of Protest – Part One: Introducing The Anatomy of Protest

Many people are not aware of the tactics of the system that are used to ensure that no violent uprising ever "goes to waste" and there is substantial evidence to show that in a majority of violent revolutions and public protests that threaten a particular government or institution, there has been outsider influence or funding by those who have had a vested interest in having a certain outcome from the protest or the revolution.

"Violence" against authorities is NOT a natural outflow of protest - those who are really motivated by an urgent and oppressive need that has not been addressed generally have no interest in, and nothing to gain from enacting violence against authority - but if a case can be made that the authority has been threatened or attacked in some way, then all manner of control become justified - because now it is no longer an issue of an isolated protest of dissatisfied people - now it has become a matter of "National Security" in the name of protecting the infrastructure of the world system, and any political protest or revolution is then re-classified as acts of domestic terror or upheaval and any means of stopping such demonstrations becomes authorized in the name of the "greater good".

When people have gone past the point of what they can bear, and they become possessed by their anger and frustration - it becomes VERY easy to misdirect their energy and also VERY easy to justify further marginalizing them and ignoring their demands because they were apparently being "belligerent" and "unreasonable" and thus no attempts to reason with them shall be made.

Therefore a very effective way to shut down any protest or public demonstration of unrest is to portray the protestors as "dangerous" and to use that label against them and at the same time smear the entire agenda and starting point of the protest - because if it can be shown that these people are violent and irrational and cannot be reasoned with, then whatever it is that they are upset about and protesting about must be equally as absurd.

It is not beyond the world system and the various people who stand in positions of power to deliberately incite such public demonstrations, deliberately push people over the edge of reason, and then use the violent and destructive reaction (even if it manufactures one artificially) as an excuse to use overwhelming force to quell the uprising.

Here an example would be military police posing as protestors during a demonstration and giving an excuse for military police intervention to "keep the peace" - the very peace broken by the "peacekeepers" themselves.

What must be understood here by the REAL politician is that such acts of public demonstration are not only very easy to misdirect and control, but actually end up strengthening the world system's control and the ability to further dispel public protests, and that such techniques may seem outlandish to a person who still believes that the government is responsive to the will of the people, but in fact such techniques for public control are well established and are a COMMON PRACTICE.

Notice how after major political protests there is always added security in the vicinity and each time a protest or public demonstration becomes violent, there is an overwhelming presence of police and military power as well as added measures of containment such as barrier fences and security cameras and additional peacekeeping units that STAY after the event has long subsided.

The protestors eventually burn out on their own energy if they get swept into the frenzy of violence or social disruption, and the ones who want no part in violence will themselves turn away. For those who linger on, many are arrested and/or forced to vacate - and the system does not change - but only becomes more aggressive in "dealing with" the "troublemakers".

So HOW then can a people make clear their discontent and be able to affect the actual government and the world systems without it backfiring? There is such a monstrous apparatus in place that it often seems as though the only option is to do whatever is necessary at whatever the risk even if it means engaging in violence against the oppressor - and when things get desperate enough - when enough grief and suffering has been forced upon a people - they WILL risk everything, because they have nothing left to lose.

From a system perspective, it must be understood that violent protests if left unchecked can lead to changes within the social and economic structures of the world system that can actually cause MORE negative consequences if not balanced out. Therefore establishing direct control even at the expense of waging war against the people directly becomes a justified and "necessary evil" in order to ensure the basic support structure of the world system remains intact to prevent catastrophic failure or collapse which no agency in the world can in any way handle.

This is how and why the great majority of protests and demonstrations and political movements either dissolve over time or become completely shut down by overwhelming force, or are made trivial and marginalized through the control and manipulation of public media - and in the cases where a revolution or some social change seems to have succeeded, it only does so within furthering the sophistication of the control of the world system and ensures that no crisis - no event of public outcry - will ever "go to waste".

But here the REAL politician must be clear - and to NOT take sides on an issue based on morality that does not take the FULL system into account. The REAL politician must be able to see and understand the real HEART of the issue that drives so many people into the very conditions of poverty and dissatisfaction - and must without judgment or condemnation confront and direct the persons and systems and institutions responsible  not out of protest or anger or fury, but with an understanding that those persons and institutions responsible are just as trapped, just as controlled, and just as lost because it must operate within a WORLD system that has become highly volatile and great care and consideration must be taken to make sure that decisions are not made as a knee-jerk reaction to violence or protest, but to FULLY consider the consequences for all involved so that a solution can be put into place that benefits EVERYONE - this includes the system itself, the institutions, the political leaders, the majority of people.

The ONLY WAY to do this, requires a dramatically different way of seeing politics and a redefinition of political activity and political change - which is the purpose of this blog and our journey to becoming the REAL politicians. Unless we have an equal understanding about the world and its systems and can fully take into consideration what is at stake not only for our community or our nation, but for ALL LIFE - and be able to engage the problems without fear or judgment or a need for vengeance for the wrongs that have been done, we will always remain trapped in trying to fight an ever oppressive system or trying to quell an ever uncontrollable majority of dissatisfied people who cannot and will not consider anything other than the immediate resolution of their problems.

We, the REAL politicians who are here in this world, MUST educate ourselves in the method of standing in the shoes of all people, and taking into consideration all things, and weighing out the full consequences of our actions, our policies, and our ways of social organization to ensure that we are NOT swayed by anger or frustration or vengeance against the system - nor are we fearful or beholden to the system itself.

We must SHOW the majority that they are not the ones who need to protest and fear the policies and the oppression of their government or of the world systems or of the money systems - that it is because the majority have ABDICATED their political power and awareness that those in positions of power and influence now must contend with an impossible responsibility to rule and govern the entire world within a system that demands constant suppression and abuse.

Therefore I walk and humbly ask that all who are willing and ready, walk the Politician's Journey to Life. This is not about me personally, or you personally. This is not about reading and following this blog. The actual journey of the REAL Politician is in the very living actions of each and every person on earth.

This is about realizing that as long as the majority of people fear government and fear taking responsibility for our world and refrain for becoming politically, socially, and economically aware of our responsibilities - we will always resort to fighting or protesting or asking for the system to change for us, and we will NOT realize that the system does not respond to requests, does not respond to emotions, does not respond to any who do not equalize themselves to the system and speak the system's language and SHOW that we can direct this world in a responsible way and that the system is able to TRUST that we will not destroy ourselves in the process due to not understanding how deeply interconnected our world actually is, and to understand how and why the current system has had to do such "evil" in order to keep it all in place. 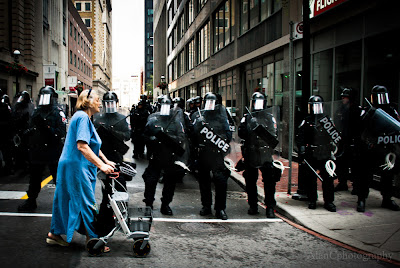