Day 6 - The Politics of Protest - Part Two: The Build Before Mass Protest 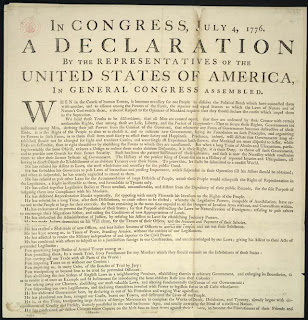 “Prudence, indeed, will dictate that Governments long established should not be changed for light and transient causes; and accordingly all experience hath shewn, that mankind are more disposed to suffer, while evils are sufferable, than to right themselves by abolishing the forms to which they are accustomed.”

Tonight's blog is a continuation of the Series "The Politics of Protest". For context, check out -


Day 6 - The Politics of Protest - Part Two: The Build Before Mass Protest

Tonight we will look at the first stage of protest, which is "The Build". We can see this pattern in every major political protest or instance of political unrest - there is first the BUILD - which I introduced in the previous post :

"The Build – This is where a problem has occurred, and the potential protestor is now frustrated at not seeing a direct and immediate resolution to their problem. Not wanting to misdirect their frustration or cause damage to the innocent, they suppress these frustrations for a moment while dealing with the problem, but become progressively more upset and irrational. This is gasoline and gunpowder starting to accumulate and compound." - Day 5 - The Politics of Protest – Part One: Introducing The Anatomy of Protest


The Dimension of the Protestor and the People -
As mentioned above in a snippet from the American Declaration of Independence - people are more prone to simply bear and contend with their frustrations as long as it is worth putting up with - as long as it is a minor enough inconvenience that it is not worth putting the entire system into question.

When we experience our frustrations as something personal, or something that we believe we alone are responsible for and chiefly to blame, or when we feel that we are powerless to effectively change our situation because the factors leading to our frustration are beyond our personal control - we will bear the frustration as best we can - we will come up with coping mechanisms or will find other ways to express our discontent.

The problem is that the longer we struggle with issues that we feel we cannot control or cannot fully understand, the more we tend to view the world as being unfair and beyond our ability to change - and this can quickly accumulate into a sense of anger and rage - which keeps on building because the CORE issues of our discontent are NOT being dealt with and there is only so much coping we can do before things become unbearable.

But when we see that we are not alone in our frustrations - when we see that our discontent is shared amongst others - and we start to recognize our pain, our struggles, our coping mechanisms in others - often our attention and focus can shift, as we consider that we are NOT alone in our frustration, which means that there is something going on - something BIGGER than us - that must be to blame.

This is the beginning stage of a potential protestor - who has come to realize to some degree that there are major problems in the current world system that are becoming more and more unbearable - and yet each day we have to make a living - we have to continue to work within the system - we have to continue our survival and in order to not place ourselves into further instability in an already unstable system.

We begrudgingly go to work, pay our taxes, and so long as we are maintaining some level of consistent survival we do not go much further - for as long as things are tolerable - maybe eventually things will get better - because in a way it makes more 'sense' to not rock the boat and risk the relative stability we still have than to risk that relative stability and go against a system that seems beyond our understanding, let alone our reach.

The Dimension of the Institutions and the Elite

At this point the system, the institutions, those who stand in positions of influence and power - have already taken note of the discontent and the potential for more discontent - but even those in positions of "power" must abide by certain rules - rules which dictate that the survival and continued growth of the system, and within this the continued stability of the "ruling class" is the priority - because this is the ONE POINT that is believed to be holding our world together - this is the ONE POINT that must, at all costs - be defended and is a responsibility that those who are not part of the elite will not understand or appreciate.

While the elite of this world do exploit and abuse the honor and dignity of life for the vast majority of life on this planet, it is justified by the very SAME reasoning and logic of the majority of people - that even though their positions of power and responsibility come from MASSIVE abuse and suffering, it is "better" to not go changing things - it is better to bear it and allow the majority of people to continue their suffering, than to challenge the system - because according to the understanding and reasoning of the current elite - even though massive suffering is REQUIRED in order for the current system to continue, the current system is apparently the ONLY system that can maintain a kind of order in this world, simply because it is the only system we have known, and those in positions of power and elite influence consider that it is not only their "RIGHT", but in a way their sacred duty, to maintain this "natural order".

"The Build" in Both Dimensions

At this point the frustrated majority of people have not yet met the "SPARK" that would ignite their dormant suppressed energies - they are frustrated with a system that does not care for them and they are giving more than their fair share in return for far less than they deserve while the elite continue to benefit without consequence or consideration - but in the interest of stability - even if this stability diminishes the majority - the frustrations will be put up with - the conditions will be accepted - because apparently this is just the way things are.

Meanwhile the elite and the controlling institutions of this world must manage a widely overpopulated, discontent, under-educated, and self-destructive world population that has been forced to accept conditions that should never have been acceptable, in the name of maintaining a world system that DEMANDS suffering and constant growth in order to sustain itself - and that should the "people" come to find out the actual abusive nature of the system and the deliberate suffering it must impose, there would be uncontrollable rage and fury - a kind that must at all cost be prevented - because it may destroy the infrastructures and system placements that would otherwise keep the world in a state of relative balance and control.

So here we see two dimensions of the issue - where the problems are known and are tolerated and we do our best to manage ourselves, our lives, and do what we require to do in order to survive in the system, or to protect the system from a collapse that happens too violently and quickly that it can cause devastating damage worse than simply putting up with it and maintaining it.

The people contend with and try to survive within their conditions, HOPING that things will eventually get better while the institutions and the world system's leaders and elites KNOW that things will only get worse.

But this is not the END - As I walk this Politician's Journey to Life, I will explain and show the dynamics and dimensions of this and any related issues - so that we do NOT conclude that this is the way things are and that they cannot change - but rather that when we step beyond our limited considerations and begin to see the bigger context - and understand that we are NOT separate from our world and that the workings of our global system are not beyond our capacity for a new direction.

Therefore I commit myself to show and share my perspectives and how I am learning as I walk my own Politician's Journey to Life - that there IS a WAY OUT for all, if we dare to be the REAL Politicians this world needs.

In the next post I will discuss the next stage - "The Spark" - where things are unbearable - where finally we just cannot take it anymore - where all manner of patience and suffering is pushed beyond the limit and we are no longer able to hold back the unpredictable ignition of our suppressed rage and frustration, again sharing the dimensions of the protestor as we as the perspective of the current system and those in positions of power and responsibility. 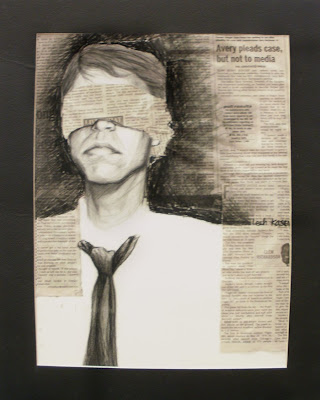