Day 5 - The Politics of Protest – Part One: Introducing The Anatomy of Protest 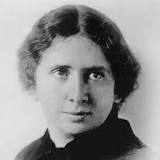 "...But every time the workers come out in the only way they know to protest against conditions which are unbearable the strong hand of the law is allowed to press down heavily upon us."

Day 5 - The Politics of Protest – Part One: Introducing The Anatomy of Protest

Protest - whether against the government, against a political figure, against an economic policy, against religious or sexual oppression, has often been romanticized into a swelling of popular discontent that eventually propels people to take political action and demand change from a government or institution that has wronged them and has refused to consider their plight time and time again, thus leading to the accumulation of distrust and frustration within the population. This accumulation eventually leads to the acts of mass protests.

Mass protests often lead to revolutions, and revolutions often lead to rebellions of various hostility, and such rebellions in some cases lead to policy reforms, regime changes, or the overthrow of certain political figures – which are quickly replaced with temporarily better public policy, or “new” political figures who shortly after being installed, will resume the same governmental policies with just a few minor adjustments to appease their constituency. Meanwhile no lasting change has occurred, and where any change has been conceded by the previous ruling power, it is eventually subsidized or shifted in other areas, perhaps to other countries. (See the “Arab Spring” in how quickly political “overthrows” can become popularized through protest movements, and how the new leaders installed are only a superficial change that never addresses the core of public discontent) 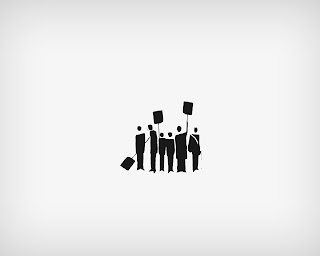 Protest is an emotionally charged reaction – it is the inevitable reaction of suppressed energies within a population that has become discontent, yet sees no practical application or solution that they can participate in as a way to address their grievances. By the time this discontent spreads across a wide section of the population and the frustrations become unbearable – the slightest push can send the discontent into a reaction of mass protest and/or revolt – similar to introducing a spark that normally causes no harm into an environment full of gasoline and gunpowder that has been left to accumulate over time. That spark, however little, can quickly ignite otherwise “dormant” chemicals and reactions that can become quite destructive, finally seeing a “target” for the release of their suppressed volatility.

The problem with protest is that due to its emotional and volatile nature, often the actual root causes of the frustration become lost in the suddenly explosive expression of frustration and anger that is most often directed at the person, group, or event that can be associated with their discontent even if that association is tenuous or only symbolic.

Once the core direction of a protest becomes lost in its emotional reactions, it is all too easy for those who understand the nature of the mind and how coercion and influence can be applied to emotionally charged people to co-opt or steer the masses into a direction intended to misdirect their fury, and use their own momentum against them – confusing the goals and dissipating the momentum of the group. (See the inception of the “Tea Party” movement in the US and how quickly its original ideologies became subverted and turned obscure, or the raw populist energy of "Occupy Wallstreet" that eventually tapered out)

In this series of “protest” themed blog posts – I will describe and show how protest is NOT a solution and does NOT bring lasting or sustainable change for the population despite only a few exceptions. I will describe the dimensions of the protester, the politician, the government, and how all of these points can and must come together if we are to have REAL political progress.

I will be bringing these points to very simple examples so that all can begin to see through the eyes of the REAL politician – that each and every one of us has had to face and manage potential protests – that all of us know exactly how such protests come about, why some seem to work and others don’t, and how we would need to handle “protest” if and when we step into a position of political responsibility and influence.

For the purpose of setting the context in a way that is easy to understand, as the next few blogs in this series will be taking on the various dimensions of “Protest”, I will break down the essential parts of a “protest” here, which we will look at:

The Build – This is where a problem has occurred, and the potential protestor is now frustrated at not seeing a direct and immediate resolution to their problem. Not wanting to misdirect their frustration or cause damage to the innocent, they suppress these frustrations for a moment while dealing with the problem, but become progressively more upset and irrational. This is gasoline and gunpowder starting to accumulate and compound.

The Spark – This can be seen as the “straw that broke the camel’s back”. This is the event or situation that finally “sets off” that room full of gasoline and gunpowder, where all “reasonable” methods of dealing with the problem have seemed to fail and the friction generates this “spark” that suddenly turns a dormant room of gasoline and gunpowder into an explosion, which is the next part.

The Explosion – This is the sudden and often violent and uncontrollable release of energy that was suppressed for a very long time. This is the point where people as “Mad as hell and they’re not going to take it anymore”. This is when people DEMAND a solution right away, because they can no longer hold back their frustrations. Those in the closest vicinity to this blast – those who are most obvious to attack and attempt to destroy as an act of retribution or justice become the main targets.

Damage Control – Here is where the target of the explosion must fortify itself and ensures that this sudden outburst does not become too violent or destructive, that it may threaten the greater infrastructure upon which many things depend. If the explosion cannot be contained, a target is given and the explosion is allowed to play itself out “safely” at the expense of a non critical target.

Defusing – Here is where the situation has been “contained” – where the explosion is controlled and steered away from becoming a full threat. This is the aftermath where the protest is no longer violent and there has either been a “change” in the system or the protest/explosion has died down. This is when the system now prepares itself and sets up protections against future protests/sparks – but the underlying problems are never addressed.

For now I will leave it here – in the next post I will begin to bring these parts of a protest into practical daily examples and will show how there are MULTIPLE dimensions to consider when looking at a protest, and why/how protest will not change this world or the system – and how to form REAL protests that have REAL lasting change.
Posted by Unknown at 6:37 PM